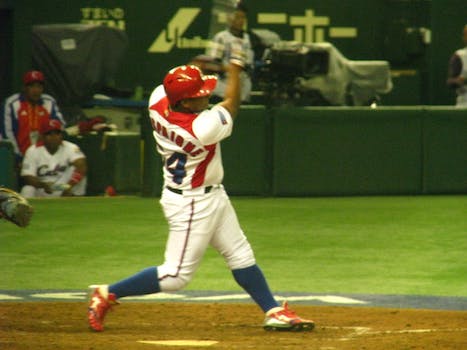 No matter what Major League Baseball managers think about a players' home run celebration, this Cuban player is doing it right.

There are monstrous home run celebrations and tacky trots and beautiful bat tosses and incredible in-your-face moments. But the following Vine might be one of the best post-home run moments ever.

Notice the absolute blast by the unnamed player, the lethal-looking bat flip, the slow turn, the raising of the arms, and the methodical walk backward before he turns to begin his trot. It’s a six-second masterpiece that leaves us begging for more.

Luckily, there are other videos from Cuban baseball that are nearly as incredible. For example, this 42-second home run trot from slugger Alfredo Despaigne earlier this month nearly doubled the average of a typical MLB run around the bases.

But how does that vine compare to the bat flips and celebrations of yesterday? Reggie Jackson has some answers.

Cubs manager Joe Maddon doesn’t care for any of it. From the Chicago Sun Times earlier this week:

[Second baseman] Javy Baez laughed about catcher Welington Castillo watching a homer Tuesday then returning to the dugout and looking for spring coach Manny Ramirez: “He was like, ‘Where’s Manny? I pimped that one.'” …

“It’s act like you’ve done it before and you can do it again,” [Maddon] said. “The touchdown celebration, all that stuff, pounding your chest after dunking a basketball, all this stuff that’s become part of today’s generation of athletes — whether you agree with it being right or wrong doesn’t matter.

“I would just prefer that our guys would act like they’ve done it before and that they’re going to do it again.”

And just in case you think these type of hijinks don’t rub off on our youth.