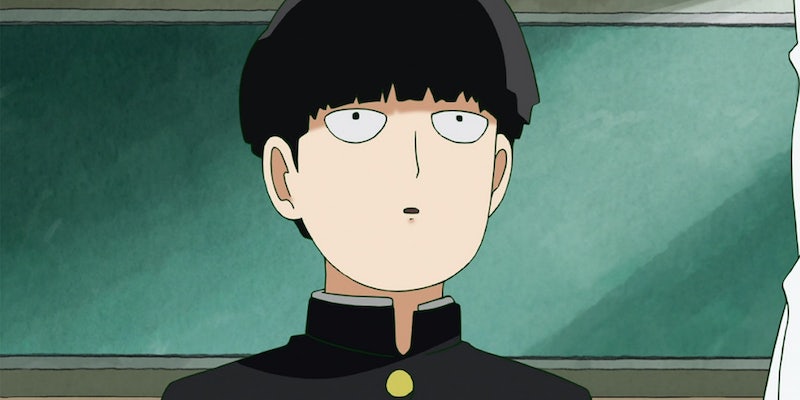 Some voice actors say they were paid as little as $150 to voice lead characters in the English dubs of anime films.

Kyle McCarley, the lead voice actor in the English dub of Mob Psycho 100, probably won’t return for season 3 of the hit anime show. Breaking this news to fans on YouTube, he explained he was leaving the show because Crunchyroll rejected his request for a SAG-AFTRA union contract.

This internal conflict has since expanded into a wider backlash against Crunchyroll, with anime fans criticizing the streaming service for its treatment of workers across the board.

During the first two seasons of Mob Psycho 100, the English dub was recorded remotely. However, the show is pivoting to in-person recording for season 3, leading several characters to be recast as their voice actors aren’t able to record in Texas. This sparked a conversation about unionization, focusing on Crunchyroll’s monopolistic role in the American anime market. A lot of voice actors are concerned about losing work if they can’t record in Texas, with some hoping that the actors’ union SAG-AFTRA could help to implement better working conditions.

Crunchyroll, a subsidiary of Sony, is the main streaming distributor for anime shows and movies in the U.S. A lot of its top titles are simulcast shortly after their release in Japan, requiring translators and voice actors to work extremely fast on translating new episodes—sometimes for surprisingly little pay.

Kyle McCarley told Kotaku that he wanted to return for season 3, but that Crunchyroll wouldn’t agree to a union contract. He explained that the conflict wasn’t over money, but was more to do with workplace safety (like setting guidelines to avoid damaging actors’ vocal chords) and contributions to healthcare coverage. He also said he offered “to do this job non-union in exchange for a meeting with SAG-AFTRA representatives,” a request that Crunchyroll turned down.

After McCarley posted about this conflict on social media, it expanded from an inside-baseball workplace dispute to a controversy for anime fandom at large, with some fans canceling their Crunchyroll subscriptions in protest.

Other anime insiders tweeted complaints about Crunchyroll’s unique power within the industry, including accusations that voice actors were paid tiny amounts to dub the hit movie Jujutsu Kaisen 0, and that other workers like translators were similarly underpaid. Actor Anairis Quiñones confirmed she was paid $150 (before taxes) to voice one of Jujutsu Kaisen 0‘s lead characters, with co-star Xander Mobus saying he received the same pay.

Crunchyroll hasn’t responded publicly to this controversy, except to release a statement to Kotaku saying they plan to go ahead with recording the Mob Psycho 100 English dub in Texas as scheduled. With the new season due to arrive in early October, Crunchyroll hasn’t announced who will replace Kyle McCarley in the show’s lead role.

The Daily Dot has reached out to Crunchyroll for comment.