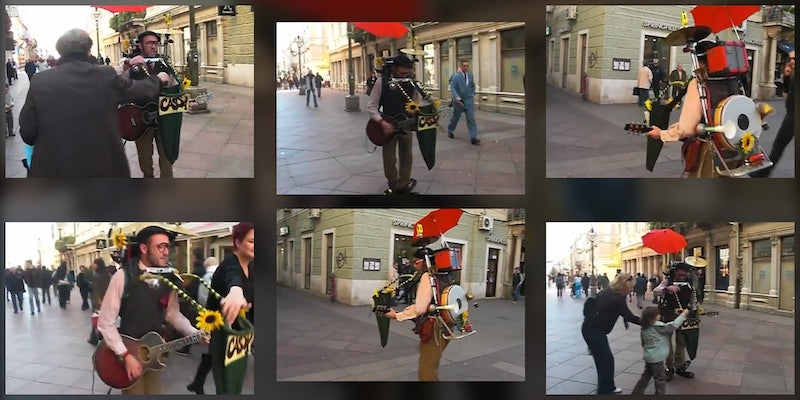 We’re in awe of this one-man band in Croatia

Every day, city dwellers pass by street musicians without a second thought. But you’ll want to pay attention to this one.

He’s a one-man band walking the streets of Croatia for your entertainment. And he’s damn good at it. We only get a small taste of his act, but he’s doing the following things:

And not only is he accomplishing all of this without falling over, he’s actually pretty good at it.