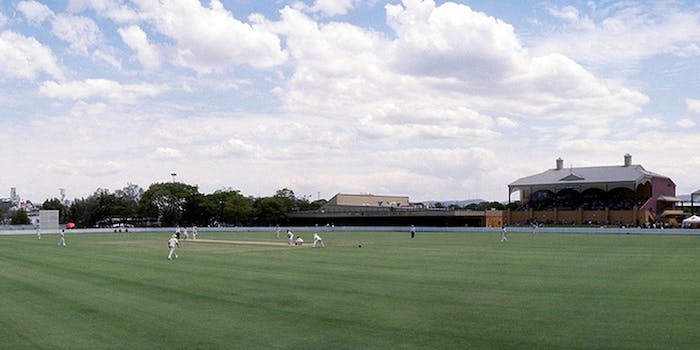 This ought to make the highlight reel.

Cricket matches are not exactly the most captivating spectacle—which could explain the raunchy gestures of a young woman observing a Queensland Bulls match, accidentally captured in a live broadcast.

The timing here is serendipity itself: Queensland batsman Chris Lynn was talking to announcers in the booth and pointed out his girlfriend, Yvonne, sitting on some grass with a couple of friends. But Yvonne, oblivious to the cameras—and their request for a friendly wave—seemed more rather invested in a conversation about the mechanics of sex than in anything happening on the pitch.

The commentators don’t bother trying to decrypt Yvonne’s pantomime, though they do crack up quite a bit. Thank god for that Australian sense of humor: In the U.S., footage of a sports fan humping air would probably mean a hefty FCC fine.

It didn’t take long for the incident to grab the Internet’s attention, either. Here’s the inevitable GIF, courtesy of SB Nation: