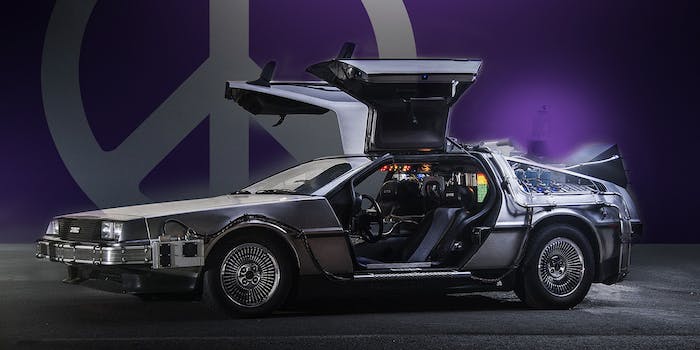 How Craigslist helped a time traveler get back to the future

A mysterious post by someone named "Alptin" goes into detail.

A time traveler named Alptin arrived in the “present” on August 16, 2015, landing in Louisville, Kentucky. Faced with the need to move “some very large objects” and prep for his upcoming jump to the future, he placed a Craigslist ad seeking assistance. 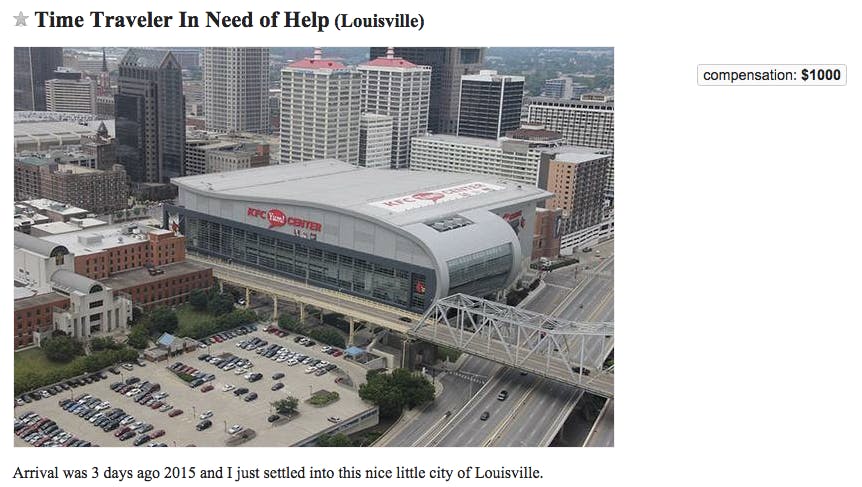 Alptin wrote (writes? will have written?) that “in my encounters and proficiency, non-complex systems like [Craigslist have] been of great use to me,” though he didn’t elaborate beyond that. His travels through time seem to have yielded some significant experiences (Louisville!), though he takes umbrage with our current terminology for his pastime. He writes he is “not used to referring to my affair in such degrading words, but I know in this limited point of time people perceive most popularly the terms ‘time machine’ and ‘time traveler’ … I have a successfully running ‘time machine.’ I am a genuine ‘time traveler.’”

Mostly, I need help moving some very large objects so I would prefer a male. I am also going to need a little help operating and prepping for travel which will not take that long. I cannot even comprehend it in this text but I will able to show you what I mean in a simple color and manner and then I know you will have the ability complete with me. It should take about 4-5 hours depending on how things come together. 6 hours tops if high distortion and when your job is done I will pay you and put you on your way.

Please be trustworthy, I cannot stress this enough. Your intelligence level is not of any importance to me.

The ad offered $1,000 for help with Alptin’s reality-bending odd jobs. And it would appear that the he successfully accomplished his tasks: An update at the bottom of the ad noted that Alptin’s was contacted by “a nice elderly man almost immediately after my posting.”

The mysterious Alptin said he will remain with us until November, at which point he plans to take off to the year 2094. We wish him safe passage home.