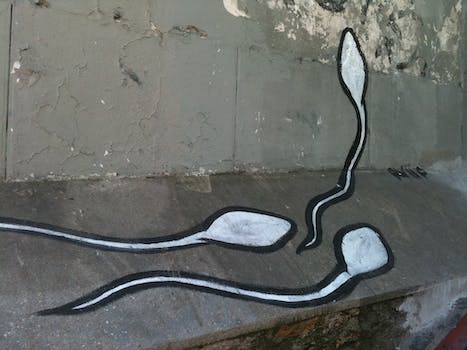 William Marotta thought he was doing a good deed three years ago when he donated his sperm to Angela Bauer and her partner Jennifer Schreiner.

It goes without saying, but be careful with your sperm on the Internet.

A Kansas court has ordered a man to pay child support for a daughter he fathered after responding to a Craigslist ad from two Topeka lesbians seeking sperm donations.

William Marotta, 43, thought he was doing a good deed three years ago when he donated his sperm to Angela Bauer and her partner Jennifer Schreiner.

“We are foster and adoptive parents, and now we desire to share a pregnancy and birth together,” Bauer, 40, wrote in the Craigslist ad.

Marotta waived the $50 fee the couple wanted to pay him, then signed a contract that excluded him from any future financial responsibility for the child.

The couple split up in 2010, but they continued to share parenting responsibility for their eight children, most of whom they adopted.

Earlier this year, Scheiner, 34, filed to receive welfare benefits for the 3-year-old, whom the couple could no longer support financially after Bauer was forced to stop work for health reasons.

The Kansas Department of Children and Families (KDCF) wasn’t interested in helping out, however. Instead, they demanded Sheiner hand over the identity of the father so he could pay child support. KDCF also declared void the contract Marotta had signed with the couple, which was supposed to absolve him of any financial responsibility for the child.

Why? The insemination wasn’t handled by a licensed physician—a prerequisite, apparently, for making the contract valid under Kansas law.

Marotta is challenging the ruling in court, and a hearing is scheduled for Jan. 8. His lawyer has argued that the case would set an unsavory precedent. If sperm donors bear financial responsibility for their children, than “any woman in Kansas could have sperm donations shipped to her house, inseminate herself without a licensed physician and seek out the donor for financial support because her actions made him a father, not a sperm donor.”

Marotta, a mechanic and foster parent who lives with his wife in Kansas, has yet to speak to the press. But Bauer and Scheiner want him to know that they wholeheartedly support his motion to dismiss.

“We’re kind of at a loss,” Bauer told the Topeka Capital-Journal. “We are going to support him in whatever action he wants to go forward with.”

She added: “This was a wonderful opportunity with a guy with an admirable, giving character who wanted nothing more than to help us have a child. I feel like the state of Kansas has made a mess out of the situation.”