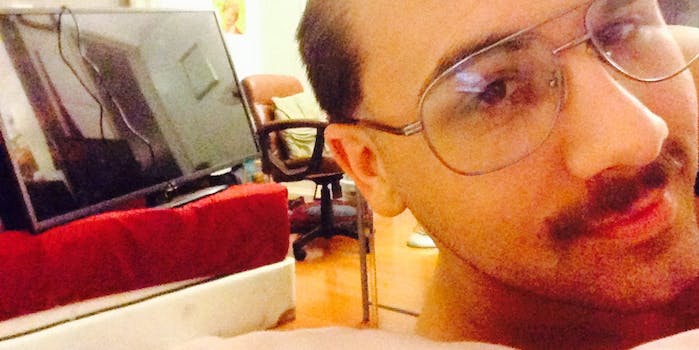 Naked Craigslist sales are a fine art. Jerry’s might be the funniest one I’ve ever seen. 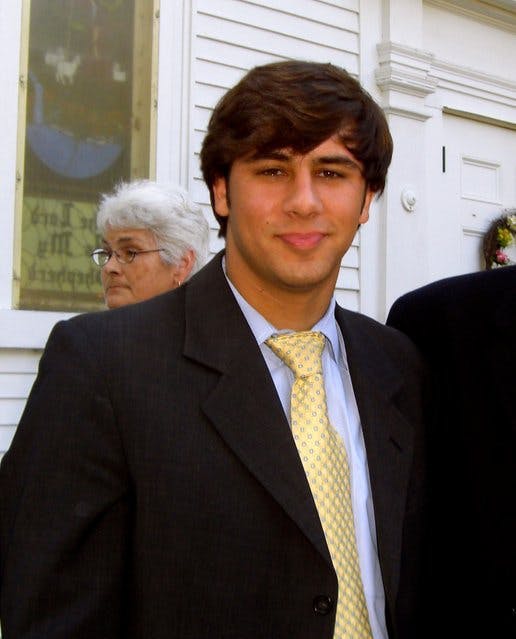 Jerry’s a normal-looking dude. Jerry also had a TV he didn’t need anymore. So, like you do, he sold it on Craigslist. 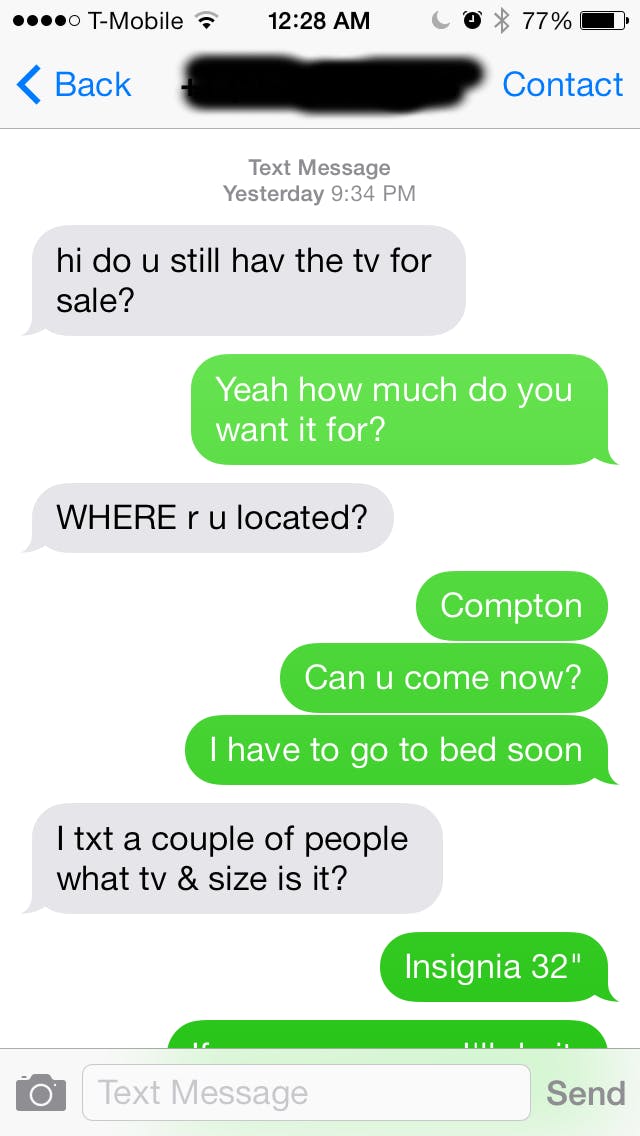 His friends came up with a pretty funny idea: Why not shave your head and dress up like Walter White so you freak out the person who buys it? Ha ha, that’d be a surprise.

Except Jerry did them one better. He shaved everything except the sides of his head, so he looked like a baby-faced 40-year-old with male-pattern baldness. He even grew out his mustache a little, too. 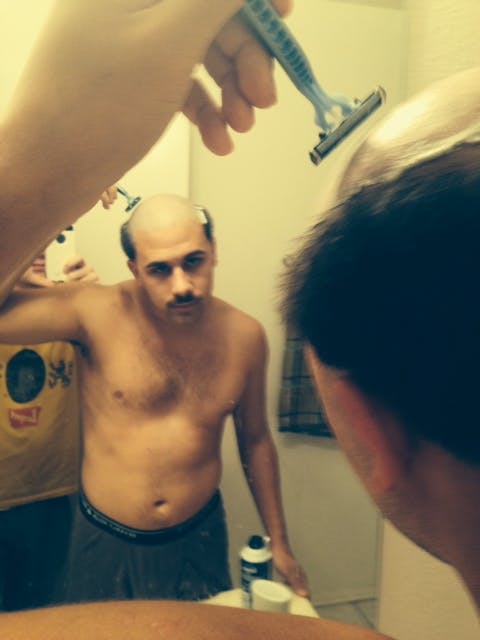 And then he put on this outfit: 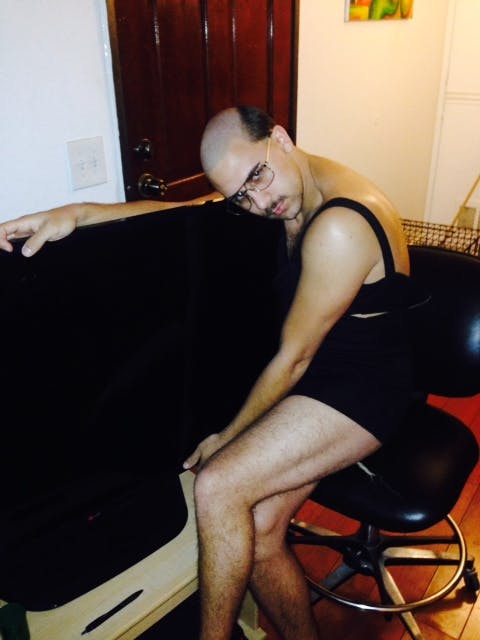 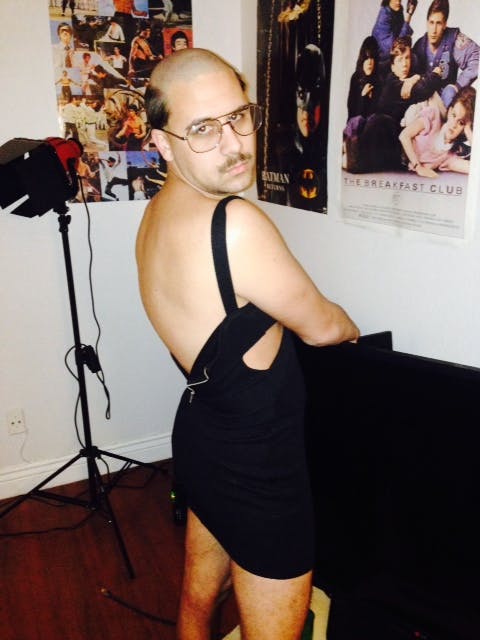 And when the buyer contacted him for a photo, he sent over a little more than just the TV. 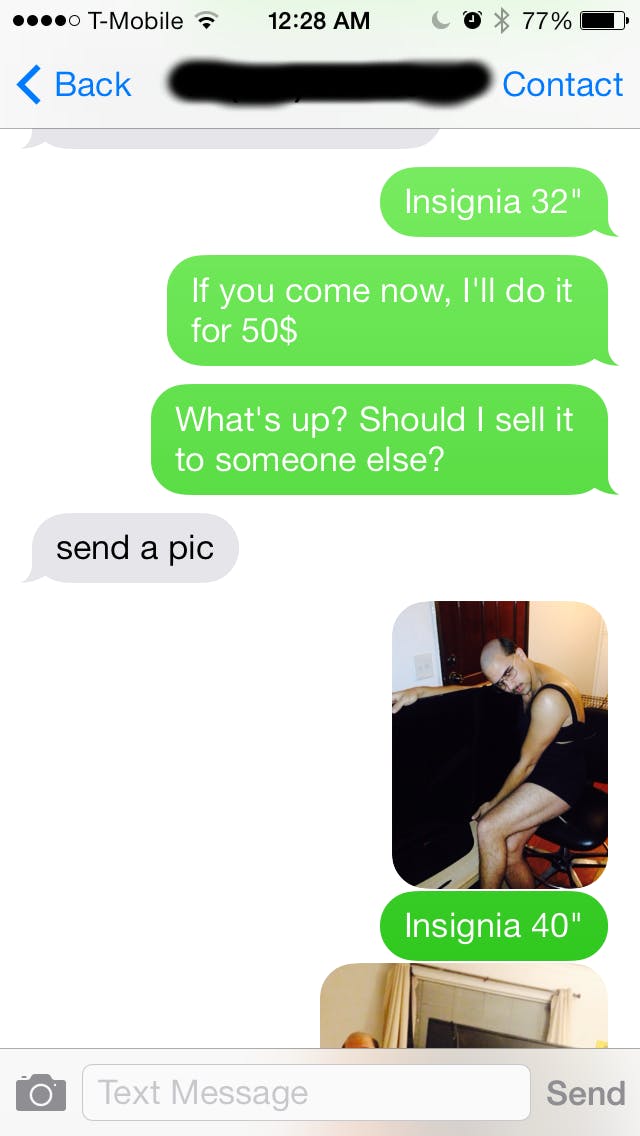 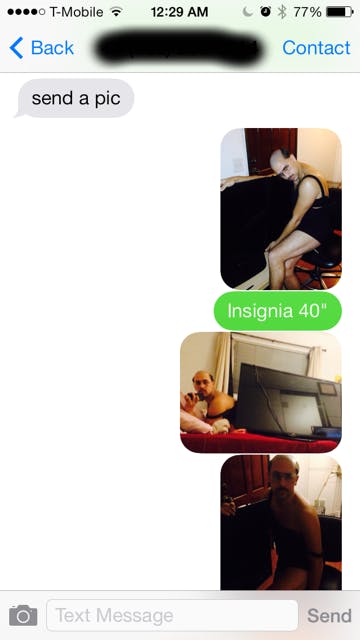 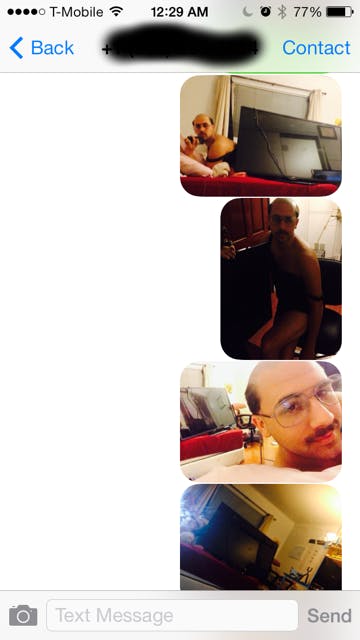 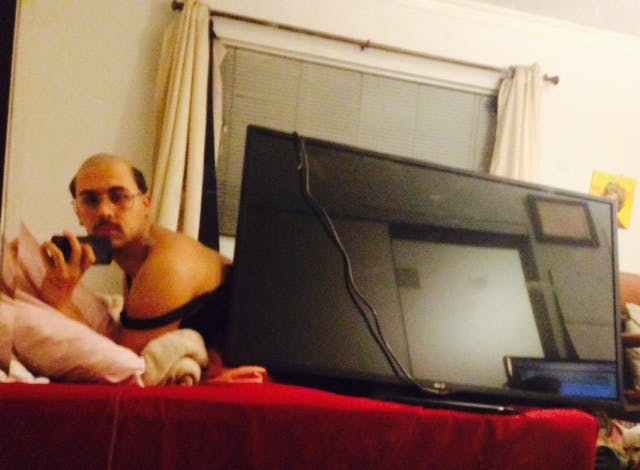 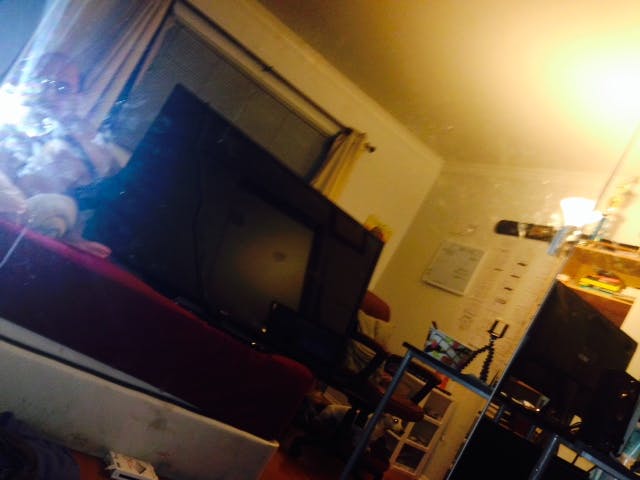 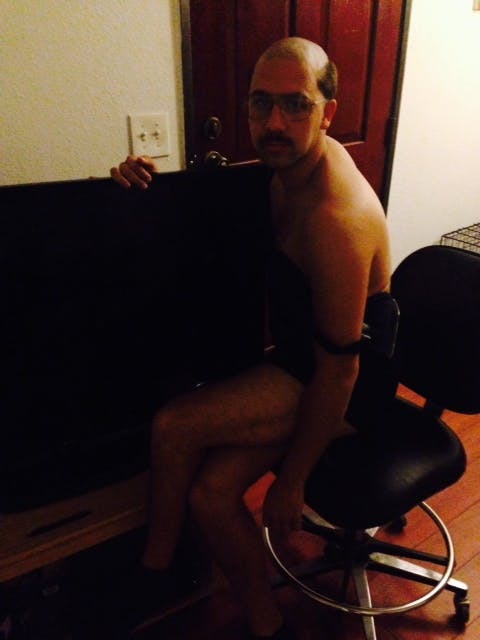 Amazingly, it seems to have worked. The buyer must have really, really needed a TV. His friend, using the screenname mustacheenvy, posted the whole saga to Reddit. “My friend decided to sell his TV on Craigslist and this is what happened,” he wrote. But several mysteries remain: Did the sale go through? Did Jerry keep his amazing new haircut?

Also, because everything on the Internet is a hoax, could this be fake? Easily. No doubt. The “buyer” could be the friend who posted Jerry on Reddit. I asked mustacheenvy for the original ad and the rest of the story.

Naked Craigslist sales are a fine art. Jerry’s might be the funniest one I’ve ever seen. This weird dude with a keyboard comes close, though.