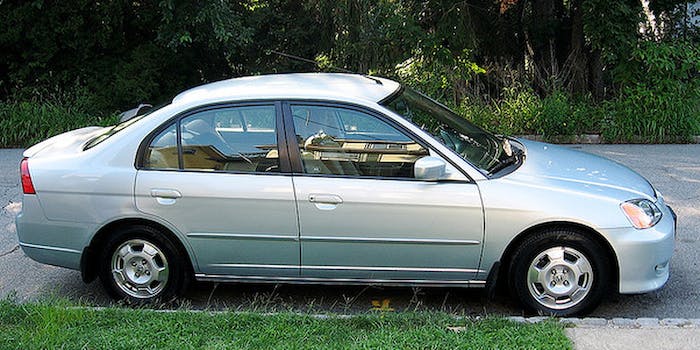 In a new Craigslist scam, thieves are stealing back cars they sold on Craigslist.

An 18-year-old California woman was conned twice in one day after dropping $10,000 for a car on Craigslist, then waking up the next morning to find it stolen—by the same people who’d sold it to her in the first place.

By the next morning, however, the car had disappeared and the title was revealed as fake, according to the Los Angeles Times.

Police launched a Craigslist sting to catch Pouncy and Madrigal, who’d apparently already gone back to Craigslist to launch their con all over again. When undercover officers showed up to purchase the car, they immediately arrested Pouncy. Madrigal, however, tried to escape in another car, nearly colliding with an officer before his vehicle broke down a block away.

There’s a long, twisting line of scams being orchestrated through Craigslist. Last month, it was revealed some people were abducting dogs and selling them. Others left a family homeless, fleeced football fans out of thousands of dollars, and listed foreclosed homes for rent.