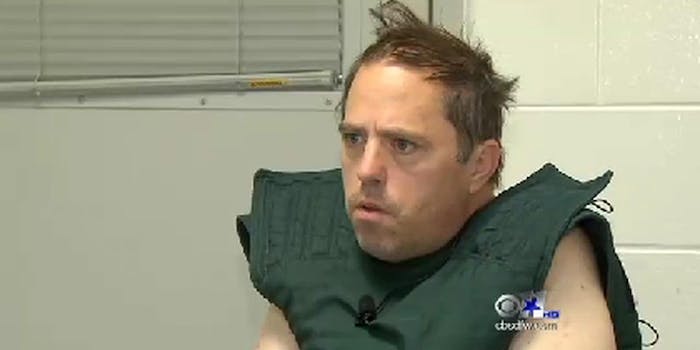 Steven Gordon said he never planned to murder anyone. But text messages between him and another man indicate otherwise.

Like a lot of people about to do something insane, Robert Bass and Steven Gordon met over a Craigslist ad.

Gordon was seeking help getting his Malaysian wife—the mother of his children—deported, apparently because she was planning to divorce him. Bass saw the ad and started exchanging emails with Gordon. Soon, according to police, the two were plotting murder.

“I just simply asked on Craigslist, ‘How do you revoke a green card?'” the 49-year-old Web developer told Dallas’ CBS affiliate. “It was out of depression, and the next morning I deleted it.”

Gordon may have scrubbed the post, but according to police the pair’s scheming escalated. They discussed planting drugs in the woman’s car and then tipping police. A felony conviction could easily result in her green card being revoked and see her deported.

Soon afterwards the two met at a gas station. That’s where the talk turned to murder. Bass recalled to NBC 5: “He reached over and dropped $3,000 on my floorboard and [said], ‘Get it done.'”

Gordon who, like Bass, is sitting in jail on a $500,000 bond, is singing a different tune. He says murder was never a part of the discussion. Instead, Bass was extorting him and threatening his whole family.

That’s not what police records show. According to the arrest affidavit, the two men refer to scrounging up “25 grand” to “take her out” in text messages.

“The only thing I’m happy for is that my wife and children are safe, even if I never see them again,” Gordon told NBC5.

The murder was supposed to have happened a few days ago. Both men have been charged with conspiracy to commit capital murder.