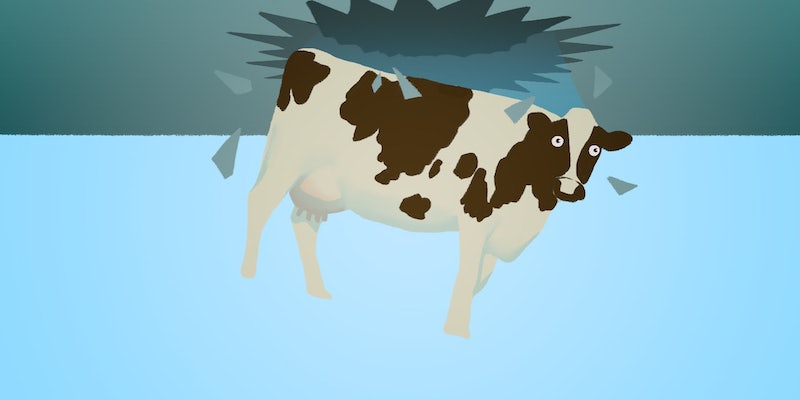 They say that cats always land on their feet—and apparently some cows do as well.

A cow at a health-check facility in Osmaniye, Turkey, wandered up some stairs to the second story of the building. Workers tried to lure the hoofed creature back down the stairs, but to no avail. It began to mosey across the roof, but then it decided it was time to head back down to ground level. So it jumped. Talk about making an exit.

It apparently landed on all four legs after plummeting through the roof, making it probably the most dexterous heifer in all of Turkey.

Talk about a milkshake.