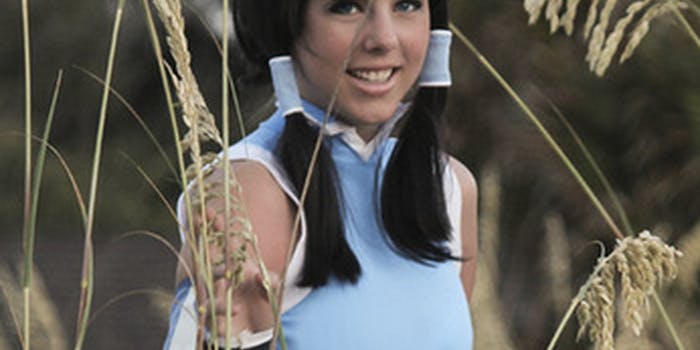 While cosplayers thrive for accuracy, the choice by some fans to alter their skin tone is striking a nerve in the community.

Cosplay—the art and of dressing up and performing as a fictional character—is all about attention to detail. In cosplay contests around the world, participants are judged by how meticulously they can recreate a character’s appearance.

It doesn’t stop at clothing either. Since many fictional characters, especially those from Japanese anime, have a prismatic range of hair and eye colors, cosplayers don brilliant wigs and contact lenses to better mimic a look. Fans may even paint their skin in unnatural colors, most prominently red or gray, for a role.

But is there an unspoken line cosplayers shouldn’t cross? What happens, for example, when a fan attempts to look like a character of a different ethnicity?

Brownface or brownfacing is the practice of cosplayers darkening their skin, and it has embroiled the cosplay community on Tumblr in recent weeks.

The argument came to a head when illustrator and Tumblr celebrity Yamino weighed in with an open letter, “Dear White Cosplayers”:

“I’ve seen some popular cosplayers I admire put on ‘brownface’ to cosplay characters like Korra, Katara, and other people of color. That is not ok. What seems like innocent dress-up to you is a tradition rooted in racism which dehumanises real people of color. Skintone is not a costume.”

Korra and Katara are both characters from American cartoon Avatar. They come from a fictional race called the Water Tribe, which the show’s creators have said is inspired by Inuit people’s appearance and customs.

It’s not difficult to draw a connection between brownface and the historically offensive tradition of blackface, a form of theatrical makeup used for stereotypical caricatures of black characters. The two Korra cosplayers who have been singled out as the poster children of the debate, however, say they have not done anything unnatural to darken their skin.

Courtney, a cosplayer who has dressed as both Korra and Katara, drew criticism from Tumblr users after others found pictures on her DeviantArt profile in which her complexion appears markedly different depending on the character she is portraying.

In a response to critics, Courtney wrote that the skin tone change came from when she lightened her skin for other roles, not the other way around.

“What mostly upsets me is people assume that I use brown makeup and shame me for it, when in actuality, this summer I have used pale makeup for many of my costumes, because even though I’m Caucasian, I tan very easily,” she told the Daily Dot. “People are just so eager to get offended and to shame and humiliate others… even biological processes make people upset.” 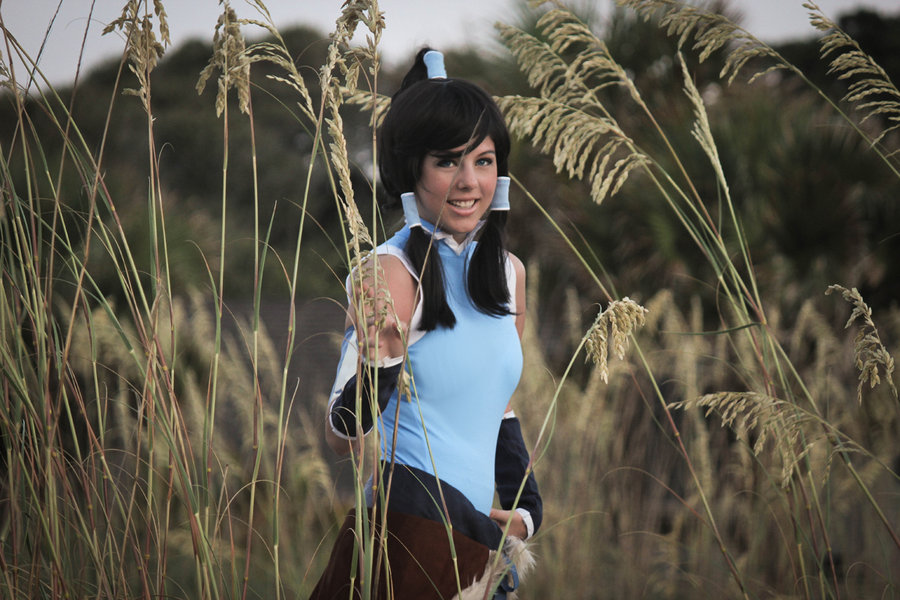 Likewise, a Korra cosplayer named Sheila was derided after a picture of her cosplay, complete with darkened skin, landed on Damn, lay off the bleach, a blog dedicated to documenting instance of whitewashing—a term that refers to attempts to make ethnic characters more enticing to a Caucasian audience.

“The makeup I used for my Korra cosplay is a brown foundation of my own,” she wrote. “I am of latino decent [sic] and have had naturally olive tanned skin for all of my life.”

Like Courtney, Sheila admitted to whitening her skin in order to more accurately cosplay light-skinned characters. But according to Chelsea Medua, the cosplayer behind the photo blog Cosplaying While Black, skin-lightening isn’t any less offensive than brownface.

“I’m personally not comfortable with the ideal of PoC [people of color] lightening their skin,” she told the Daily Dot. “Mainly because I don’t like the ideal of cosplay being added on to the already large list of things PoC have to do to, for lack of a better word, ‘whiten’ themselves up just to fit in.”

Light-skinned cosplayers would rarely have to darken their skin for roles, since there’s a much wider selection of characters with skin like theirs to choose from across anime series, video games, and TV shows. Dark-skinned cosplayers, by contrast, would have to paint their skin nearly every time to accurately match the skin tone of their subjects.

“Cosplayers like me are reminded everyday, that we are not, and will never be as good as you, and when we see a character we like that we resemble naturally we jump at the chance to cosplay that character,” Malice, another black cosplayer, wrote on Tumblr. “Darkening your skin to cosplay the same character, it’s like saying ‘I’m still better than you.’ We’re not saying to not cosplay those characters, we’re just asking you not to paint your skin darker to look like them.”

As the debate stands, the majority of participants appear to believe that cosplayers who paint their skin to look like ethnic characters are in the wrong—even if it’s for the sake of accuracy. But in light of the community criticism in regards to Courtney and Sheila, some light-skinned cosplayers are worried about the repercussions for cosplaying ethnicities outside of their own.

“People get offended by fake tanning,” Hythe wrote in a personal blog post. “But there are plenty of people who get offended when cosplayers don’t tan, whether it’s because they’d rather see the cosplayer honor the character’s race than ‘whitewash’ (their word, mind you), or because seeing a white cosplayer dress up as a PoC character without tanning makes these people feel like the cosplayer doesn’t want to look like them.”

It seems that even in the cosplay community, where accuracy is celebrated, this issue will remain an unsettling and uncomfortable gray area.

Photos via CourtoonXII. Note: The photo is not an example of brownface.