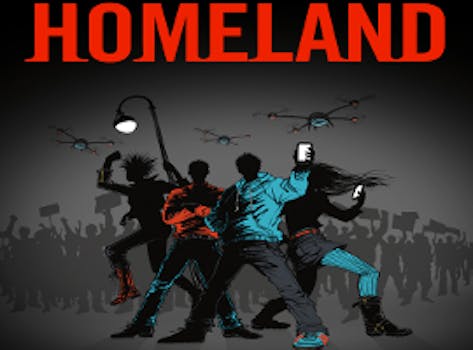 The book, by one of the Internet’s most vocal and noted proponents of copyright reform, is completely unrelated to the Fox TV show Homeland.

Just a week after Fox’s lawyers took on fair use issues in copyright, they’re learning the wisdom of not falsely issuing a takedown to one of the Internet’s most vocal and noted proponents of copyright reform.

Hard on the heels of destroying a lively decade-long fan practice of knitting “Jayne hats,” a well-known costume accessory from the cult-favorite sci-fi series Firefly, TorrentFreak has noticed that Fox is apparently constantly attempting to remove hundreds of torrent seeds of Homeland.

The problem? The Homeland they’re trying to remove is not only Homeland, the critically acclaimed Fox-produced TV drama, but Homeland, the totally unrelated book by writer, BoingBoing editor, and renowned Internet freedom activist Cory Doctorow.

What makes this case doubly bizarre is not just that Fox can’t, or won’t, distinguish between files of Doctorow’s Homeland and their own. Doctorow’s Homeland, while a traditionally published bestseller, is also published under a Creative Commons “Share-Alike” license, which means that while the owner retains authorship of the work, it is available for all free online distribution.

The distinction between Creative Commons and other typical copyright restrictions is one that has confused Doctorow’s own publisher, Tor, which once sent wrongful DMCA takedowns for another of Doctorow’s Creative Commons works. But according to Doctorow himself, Fox, at least, should know better. In a post on BoingBoing earlier today, Doctorow lambasted Fox for what he deemed its negligence and carelessness in abusing the Digital Millennium Copyright Act’s protection against infringement:

It’s clear that Fox is mistaking these files for episodes of the TV show “Homeland.” What’s not clear is why or how anyone sending a censorship request could be so sloppy, careless and indifferent to the rights of others that they could get it so utterly wrong.

Doctorow stated that he was trying to address the error with Fox, but wasn’t optimistic.  “The DMCA makes it easy to carelessly censor the Internet, and makes it hard to get redress for this kind of perjurious, depraved indifference.”

You can download a copy of Homeland for free at Doctorow’s site, Craphound.  You can also explore more current issues around the DMCA and copyright issues faced by artists today with InterActs, a round table conversation sponsored by the Daily Dot and National Alliance for Media Arts and Culture.