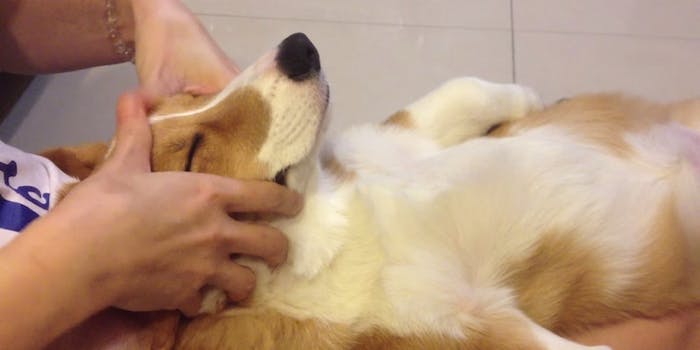 Watch this corgi get spoiled rotten with a massage

And you thought you spoiled your pet.

It’s probably safe to say that we by and large spoil our pets, but no matter how much we dote on our canine or feline companions, it’s likely nothing compared to this.

Tutti the Corgi is pampered for sure. Called the “emperor of our family” by his owner, he’ll get weekly baths and a “mud spa” from them (along with who knows how many other modes of treatment). And occasionally, he’ll even get a full-body massage, free of charge.

Sure, it’s kinda absurd, but he looks so happy! And suddently I really want a massage…

And if you thought that was as elaborate as it got, just wait until more hands join in on the action.