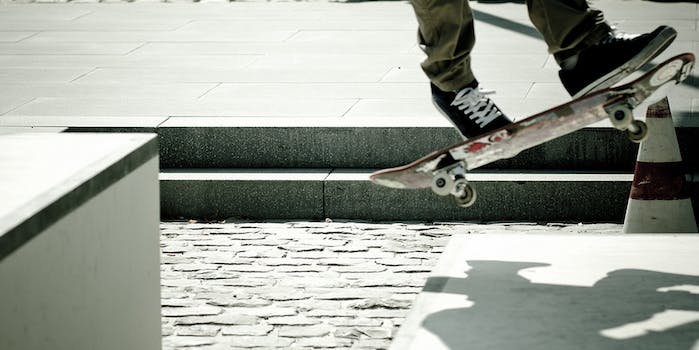 Coolest cop ever does his patrolling on skateboard

You’ve seen cops riding bikes, horses, and even Segways. We’re willing to bet, however, that you’ve never seen one doing his rounds on a tricked-out skateboard.

Officer Joel Zwicky, a 10-year veteran of the Green Bay, Wisc., police force, prefers his longboard—outfitted with wider trucks, bigger wheels, plus flashing blue and red LEDs—to the “barrier” of a squad car. This way, he says, he’s a fully integrated part of the community, and more approachable. He’s even been asked for a few selfies.

Has he ever skated down a criminal? “I only tried it once, on a trail, when I caught a [motorcyclist] where he was not allowed,” Zwicky told KMSP-TV. “That was a jaw-dropping experience for both of us.” Maybe not as cool as nailing your first 540º, but still.

Do skaters still say “radical”? Because yeah, this dude is that.