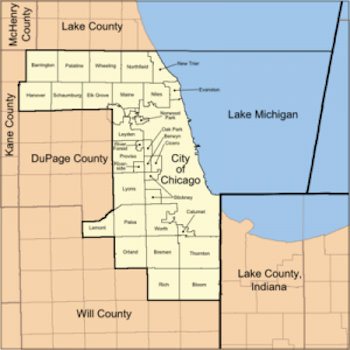 The Office of the Medical Examiner maintains an extensive catalog of all unidentified individuals in Cook County, Ill.

On the official website of Cook County, Ill., tucked in in with the parking permit forms and weather alerts you expect to find on local government site, is a bit of chilling reality. The Office of the Medical Examiner maintains a list of all unidentified remains found in Chicago. Each entry for a John or Jane Doe lists a description of the person and their belongings and the location and date they were found. A few have pictures. Before being allowed to view photos of the dead, users are warned that the photos are “from the autopsies of unidentified persons and some may be in a somewhat decomposed or damaged state.”

The longest-standing unidentified remains are those of a black male in his 60′s, found in an abandoned building on Sept. 3, 2009. The newest, found in a vacant lot in November of last year, also belonged to a black male of an undetermined age. Many of the dead, discovered in empty lots, alleys and abandoned buildings, seem to have been homeless people who died while sleeping outside. A few were found alongside blankets and sleeping bags.  Next to the skeletal remains of an unknown person found on Cicero Avenue near the Branch river was a canvas wallet containing a fake million dollar bill.

When an image of one of Cook County’s unidentified dead is right-clicked on, a popup urges viewers to “Please respect the images from the Cook County medical examiner.” It’s a fair warning–putting the dead on display online opens the door to vandalism and flippancy. But it’s also the only chance for these unclaimed persons to have a name again.