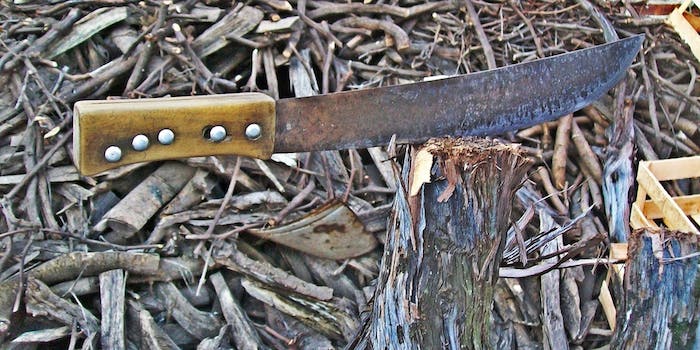 Store clerk scares off machete-wielding robbers with even bigger sword

This dude was prepared for anything.

As a wise person once said, “Never bring a machete to a scimitar fight.”

Two would-be robbers looking to knock over a Pittsburgh convenience store with swords last Friday found themselves overmatched when the clerk turned out to have a much, much bigger blade on hand.

In a local news report featuring surveillance footage of the attack, the clerk explained that he also kept a gun under the front counter but hadn’t felt the need to use it.

These guys would have had better luck just buying some lottery tickets.