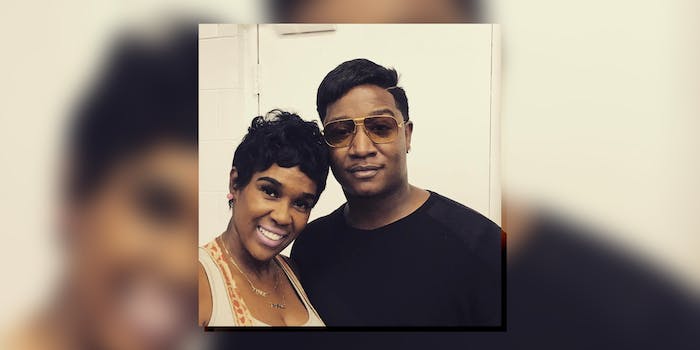 Yung Joc’s new hairdo is getting barbequed on Twitter

Actually laughing out loud at the unofficial comedy roast of Yung Joc's hair.

Remember Yung Joc, the rapper who broke out in 2006 with “It’s Going Down?” He’s been pretty quiet in the 2010s, but he surprised everyone this week by dropping a new… hairdo?

Wow, that’s really something. It’s just right there. On his head. Huh.

Instagram’s house of celebrity pain, The Shade Room, was the first to bring widespread attention to what they charitably called a “strong blowout game.” The comments were merciless, and the unofficial Comedy Roast of Yung Joc’s new hair was off and running.

“He got a leather wig on!” wrote one commenter.

“Why yung joc looking like he bout to drop the hottest bachata album of 2016?” wondered another.

Joc was variously compared to “a gay party promoter,” “a rapper’s baby mama that just got that child support check,” and a “strong and independent registered nurse… riding in a 2004 navigator with tvs that don’t work.”

Who wore it better? Young Joc or Grandma Winslow pic.twitter.com/1kO8hrNV4a

But the big meme coming out this comment thread is the comparison of Yung Joc’s hair to your auntie’s hair, which led to calling him “Auntie Joc” or “Auntie Joclynn.”

Someone even updated his Wikipedia page to reflect his new identity:

The roast continued on Twitter, where you could easily make a perfect s’more over the fire that had started atop Yung Joc’s head.

It was, of course, a perfect time to break out the barber meme.

While everyone on Twitter and Instagram was dragging him, Yung Joc made a video defending the new ‘do.

“See all y’all wanna look alike. But what if I just chose to do something different, cause I knew your ass was gunna talk about it. So I won,” he said.

“But wait, hold up, what if I wasn’t even doing it for that? What if I’m playing a movie role? Ultra smooth cool ass cat that’s just fly. I can’t just do that?”

And then he made the same point a lot of Instagram commenters did: Yung Joc gets flamed for trying this hairstyle, but white men who wear the same thing get a pass? Perhaps Joc is the victim of a racist double standard.

You have to admit, Auntie’s got a good point.