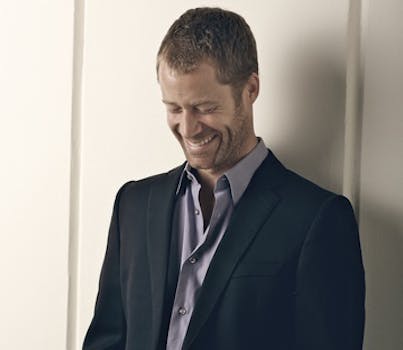 Actor Colin Ferguson (SyFy's Eureka) and System of a Down singer Serj Tankian top this week's most popular Ask Me Anything interviews on Reddit, but a Russian former mail order bride stole the show.

One one hand, some of Reddit’s cult heroes were a little disappointing this week. Colin Ferguson, who stars as a good-hearted sheriff on the SyFy show Eureka, was the biggest draw, and his AMA probably only appealed to huge fans. “I can’t spoil anything,” he responded to one fan wanting to know about next season.

Ditto for System of a Down singer Serj Tankian, whose answers often seemed rushed.

On the other hand, redditors got serious results on a topic they had specifically asked to hear about. A request to speak with someone who married a mail order bride got more than 6,000 upvotes. Not only did a Russian former mail order bride come to chat, but so did a young man whose mother went through such an experience.

Also, this is the second week in a row that a person who was famously fired from their job made a splash at r/IAmA. This time it was Szilard Janko, a Florida lifeguard who quit in solidarity after his colleague, Tomas Lopez, was fired for rescuing a man who was drowning outside Lopez’s designated zone.

Do you kinda know what everyone says (the science stuff) or does it go over your head like Jack? (mojoeyFTW)

I know what it means but I don’t know what the nuts and bolts of it are. I have to know what t means from a producer/lead perspective but i’m not building the thing so I don’t really KNOW the depth of it usually. Unless I’m tired…. then I don;t even know what it means..

In many of your songs you mention religious themes, yet we don’t know what you actually believe, could you tell us a bit more about that? (Uranius7)

I have the same religion as the tree outside your house.

What were your perceptions of the US before you came? Has your experience been anything like what you were expected since your divorce? (frank_n_bean)

Perceptions before I came were shaped by Hollywood – so white picket fence and two story house with two kids and a dog. Or Manhattan. And all kinds of freedom for all. Turned out to be the opposite of that.

Since my divorce – yes, I live the American dream now. But I had to make it by myself.

4) Fulfilling an IAmA request: child of a “Russian Mail-Order Bride” I was there for the whole ugly experience, AMA.

How’s your relationship with your mother? Did you blame her for her decision? (Iscream4science)

I was extremely pissed off most of my child hood. I hated my new step father and I hated my life. I remember crying, wishing that I was adopted.

my mom has changed A LOT through this whole experience. she was unfortunately abused and so was I. YEARS later I forgave her for everything. she went through a lot though and she was trying to give me a better life. I shouldn’t have been as angsty as I was.

During my training it was made quite clear that we do not have a say in the matter as to who we save or assist. If we see a person in need of help and we do nothing we can be sued for quite a bit of money. In fact, as this is part of our licensing, the guard involved may be able to sue because of this. (pieface_0)

This is what we are hoping to change at our beach, the contract for the company does not allow us to rescue someone that is outside of our guarded zones, my friend was fired because he went to help a person outside the guarded zone.

What is the weirdest thing you’ve ever seen in Colonial Williamsburg? (ZeGoldMedal)

It has to be what people say. Best one is a husband and wife looking at some Red Devin Cows (breed with horns). The wife says “Why do they have so many bulls in one place?” Her thinking being only bulls have horns (which is false). The husband starts laughing at her and says “Damn, you’re stupid. Those are moose.”

You are the worlds greatest guitar player even if you always deny it. How did you learn being so humble and always having so much positive energy? (enigma2k)

I think I learned a lot about ego and self importance from some experts in this field in my young years in Australia! It was obvious to me that I could play when I was young, and when I finally came to the big city and saw musicians much better than me, it was a great lesson…and instead of getting disillusioned about my own abilities, I chose to really get to work and was inspired to humbly ask every musician I came across many questions. And I learned a lot, and I still do.

I have always been energetic and positive, it’s not something that I think about, it’s just a part of who I am. When you see me on stage, that’s who I am off stage as well.