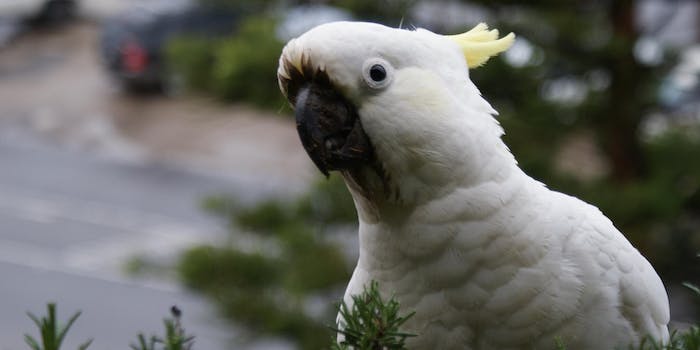 Cockatoo has no remorse for destroying a cup tower

Harley the cockatoo is a winged tyrant, and all shall fear how he rules with an iron talon.

In video footage of the devious despot, we see Harley strut on up to a beautiful cup tower only to take down the pristine piece of architecture. With a flick of his claw, the cups come tumbling down.

What structure will bear the brunt of Harley’s next rampage? A house of cards?