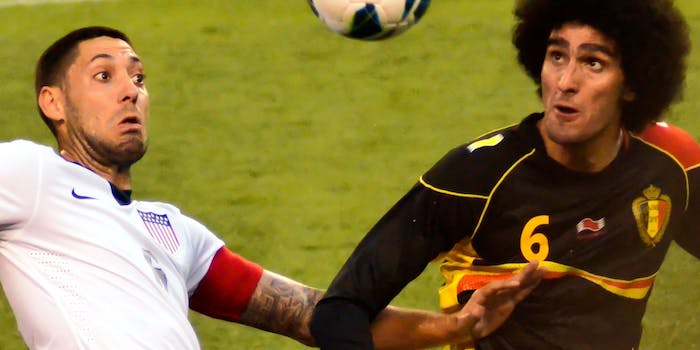 Sometimes it’s tough being a soccer star in the United States. It’s even tougher when your own fans don’t know who you are.

Just months after the United States’s Quarterfinals World Cup run, Clint Dempsey asked fans in New York City what they thought of the U.S. men’s team and their performance. The video was undoubtedly inspired by Matt Harvey, Richard Sherman, and other athletes who have taken to the streets to interview fans—not to mention Macklemore and Ryan Lewis.

Things took an awkward turn when Dempsey asked people specifically how they felt about the captain of the team’s performance. Spoiler alert: Dempsey was the team captain during the World Cup.

One fan emphatically stated that the captain played “very well,” but didn’t realize that he was speaking to the very man he was praising. Another fan doesn’t even recognize his him when he introduces himself as “Clint.”

Don’t feel too sorry for Dempsey, though. He was recently named one of the stars chosen for the cover of EA Sports’ mega-popular FIFA 15 game.

And with soccer growing more popular than ever in the United States, there’s little doubt that very soon people will know exactly who Clint Dempsey is.