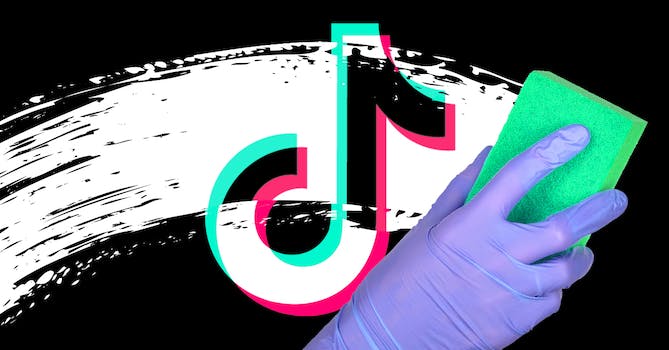 Many creators in the cleaning corner of TikTok are making videos for ASMR purposes.

This month, I’m moving out of a place I’ve lived for a while, and I’ve started having panic attacks when I try to remember how to deep clean. So I started looking at CleanTok, TikTok’s hub for cleaning hacks and tutorials, for some pointers.

At first, it was helpful. I took note of certain tools and techniques, and I started trying out specific products. It was revelatory: Oh, that’s how you clean fan blades. And scrolling through CleanTok is often just relaxing: There is a meditative aspect to watching other people clean: water, soap, little to no dialogue. There’s also a sensory aspect: CleanTok is deeply connected to ASMR.

People clean so many things on CleanTok: washing machine agitators, refrigerator condenser coils, AirPods, gravestones, Winnie the Pooh rugs. It no doubt became more popular during the pandemic, when people were bored and decided to clean that thing they hadn’t cleaned in a while or got obsessive about tidying up and organizing. Not everything is relaxing: There are plenty of videos of people cleaning their dirty rooms in excruciatingly intimate detail or introducing viewers to places we should never see. Professional cleaners have also posted their horror stories.

After spending some time in this space, I started noticing the weirder corners of CleanTok. People use ungodly amounts of product in videos; it’s so prevalent that it’s now a point of reference on CleakTok, and on Twitter. Many of the offenders are toilet-cleaning videos in which creators dump multiple products on top of each other. There’s even an unfortunate name for it: toilet overload. The hashtag has more than 236 million views. (There’s also a sink overload genre.)

Many creators state on their accounts that this process is meant to be “satisfying” or for ASMR purposes only; some assure they’re using homemade products that aren’t toxic, or show that they block the toilet drain before overloading. Commenters still often point out it’s wasteful, and, if they’re combining actual cleaning products, potentially toxic—all for views. A disconcerting number of people don’t wear gloves when they reach into their chaotic toilets. But some of these toilet overload accounts are immensely popular, and their videos get millions of views. Many of the bigger accounts are simply responding to requests for certain color schemes or textures.

While toilet overloads probably aren’t drawing brand endorsements, CleanTok can be lucrative: Several popular creators, like Texas-based cleaner Vanesa Amaro, have sponsorships. Hers is with Scrub Daddy, a big presence on TikTok—the official account often gets in on memes and trends, and its sponges are ubiquitous on CleanTok.

It can help raise profiles for creators who have cleaning businesses, too. Ketia Daniel, who owns the Birmingham, Alabama-based BHM Cleaning Co., tells the Daily Dot her most popular content is typically “bathroom and kitchen-related. These are the hardest places to keep clean due to mold, grease, and grime build-up.” She says TikTok brought her “more sponsorship and followers. So in a way it has brought me more business.”

Daniel’s used TikTok to address misconceptions about people who clean, and more specifically Black women who clean. She says there is a mentality that “if you’re cleaning houses you must be uneducated or poor. I actually do have a college degree. I clean because I love cleaning and I make a good amount of money doing so.”

And CleanTok seems to be, for the most part, helping others learn to love cleaning. It nudged me into a headspace where deep cleaning isn’t so overwhelming or daunting. But those toilet videos still haunt me.