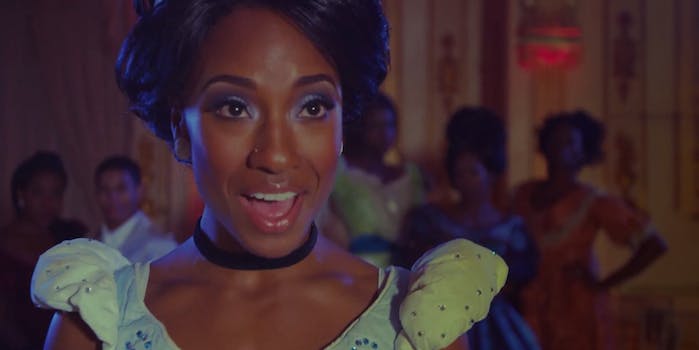 Sasha Fierce has a message for Prince Charming: If you liked it, then you should have put a shoe on it.

Sasha Fierce has a message for Prince Charming: If you liked it, then you should have put a shoe on it.

The newest adaptation of Cinderella is taking the discography of one of today’s modern-day queens that fits perfectly for its soundtrack: Beyoncé.

Cinderoncé is able to enchant the Prince away from the rest of the single ladies of the kingdom. She’s donning a new “freakum dress” from from her fairy drag mother, of course (a dead ringer for Beyoncé in both dress and hair).

And once they reunite, there’s naturally a huge dance number to live happily ever after in what might be the closest we get to a Beyoncé musical.

Either way, Queen B’s on top.