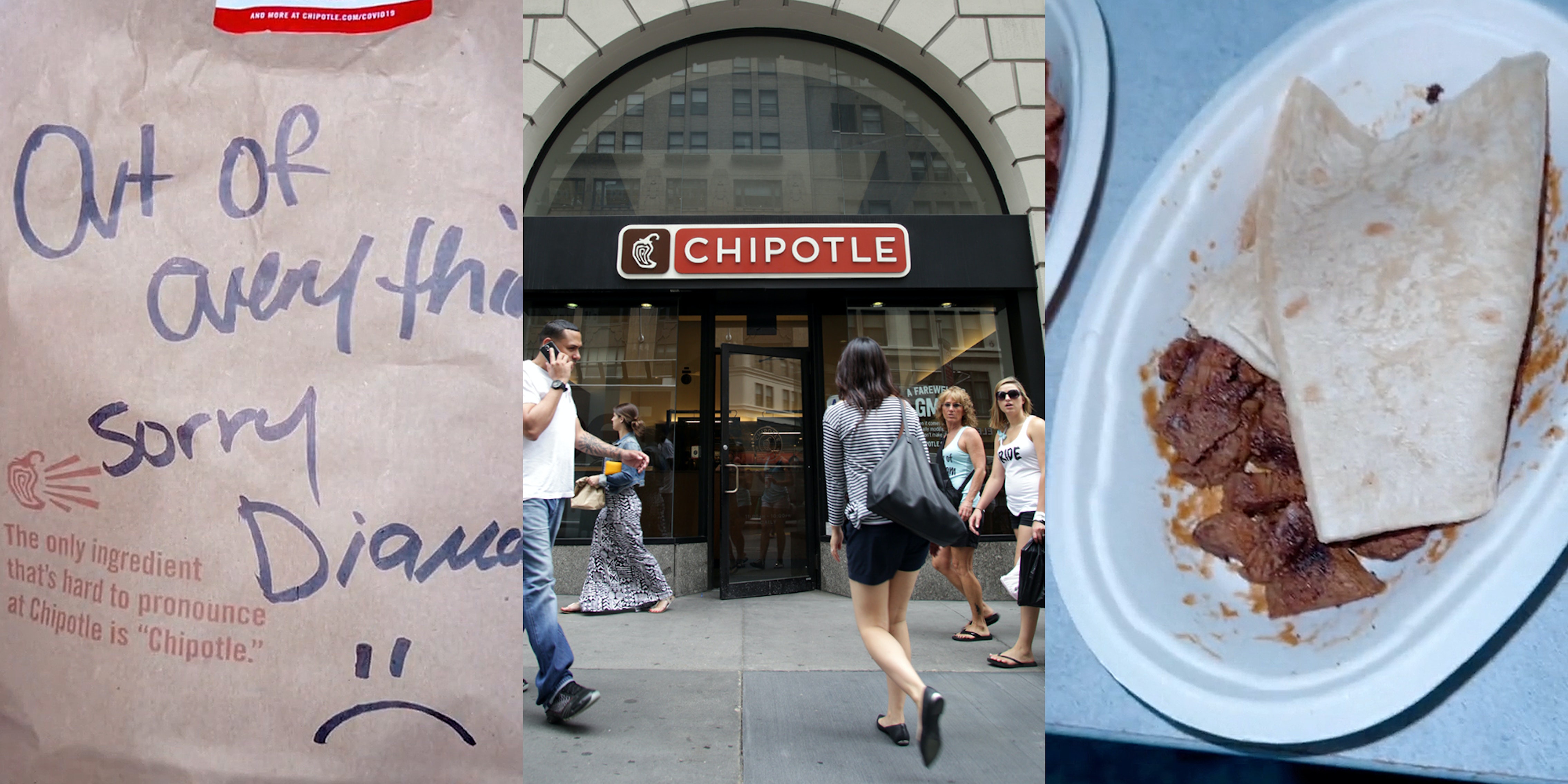 ‘I don’t even eat steak’: Customer says chipotle charged her $50 for only steak after running out of everything

'Why would they even make the food at that point?'

A Chipotle customer was allegedly charged $50 for bowls of just steak and tortillas after her mobile order went terribly wrong.

In the video, TikTok user @diamondchanel.abgf shows a Chipotle mobile order bag with “Out of everything, Sorry Diamond” written on the front.

“This is the most insulting thing Chipotle ever did,” the video narration says. The camera then pans to show three bowls with small portions of steak and one tortilla. Allegedly, the store was out of every other ingredient in the TikToker’s order.

@diamondchanel.agbf They offered 1 meal replacement for this insult, 50 dollars worth of Chipotle and I don’t even eat Steak @chipotle Shame on you #Chipotle #foodtiktok #fyp ♬ original sound – Diamond Chanel

“This has been so insulting especially a 7yr old kid who was looking for his kids chicken quesadilla but to get a spoon full of steak,” the TikToker wrote in the comments.

The video has climbed to nearly 50,000 views as commenters weigh in on the issue. Users urged her to call the Chipotle corporate offices, which @diamondchanel.abgf confirms she did. She alleges they only offered one meal replacement and says she is still frustrated with the service.

“They should have cancelled that that’s so dumb,” one user wrote in support of the TikToker.

However, other users suggest that Chipotle may have had its hands tied.

“They probably can’t, if you used a delivery service you would have to contact that service, or if you used the app you might need to contact corporate,” another user commented.

Others lamented similar mistakes they’ve dealt with. “One time I ordered a quesadilla and it came without cheese in it,” a viewer wrote.

The Daily Dot reached out to Chipotle via press email and to @diamondchanel.abgf via Instagram direct message.