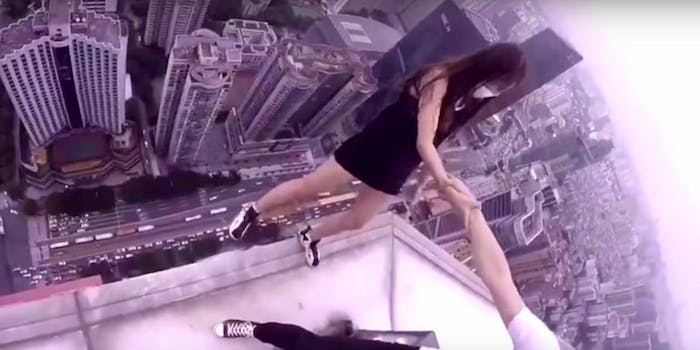 Couple playing around on top of skyscraper is horrifyingly stupid

They risk their lives for viral fame.

A video has surfaced of a Chinese couple playing around on the rooftop of a skyscraper, and boy, it is making people angry.

The video shows a woman wearing a dust mask and dangling off the edge of a building while holding a man’s hand. 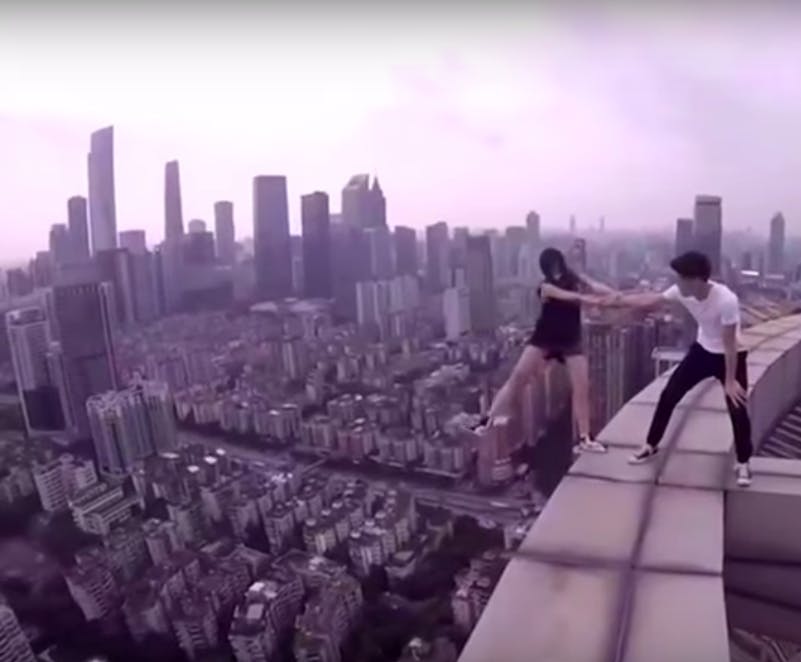 Later, she runs along the edge and does a somersault.

Although a few people have complimented the couple on their “bravery,” the vast majority of comments have been negative.

So, what is it about this video that’s so infuriating? Don’t we usually love seeing people defy death and perform ridiculous stunts? The answer may be that, if they weren’t on top of a building, what this couple did would be pretty boring.

Evel Knievel had a discernible skill. 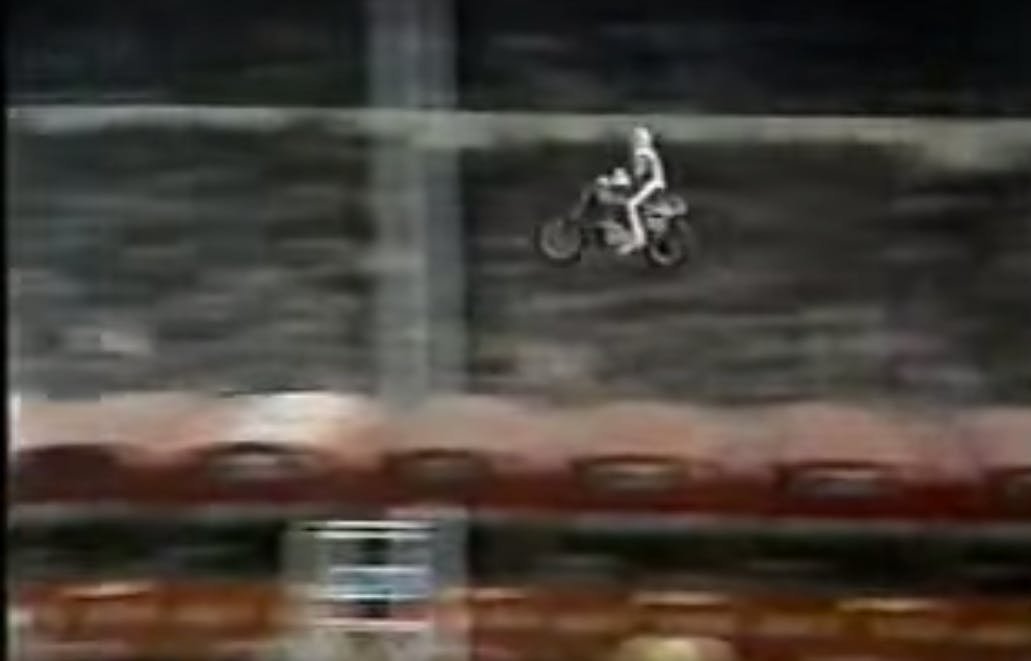 Jackass made us laugh.

This woman just turns a somersault. Not even a really good one either. 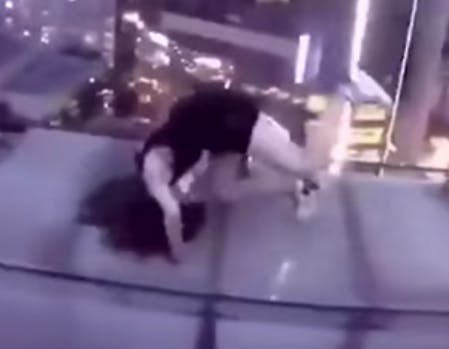 This is like uploading a video of yourself buying sushi at a gas station. Sure you’re risking your life, but so what?

Here’s the lesson: Next time you get to stand on top of a skyscraper, don’t try to become some viral sensation. Just enjoy the view. 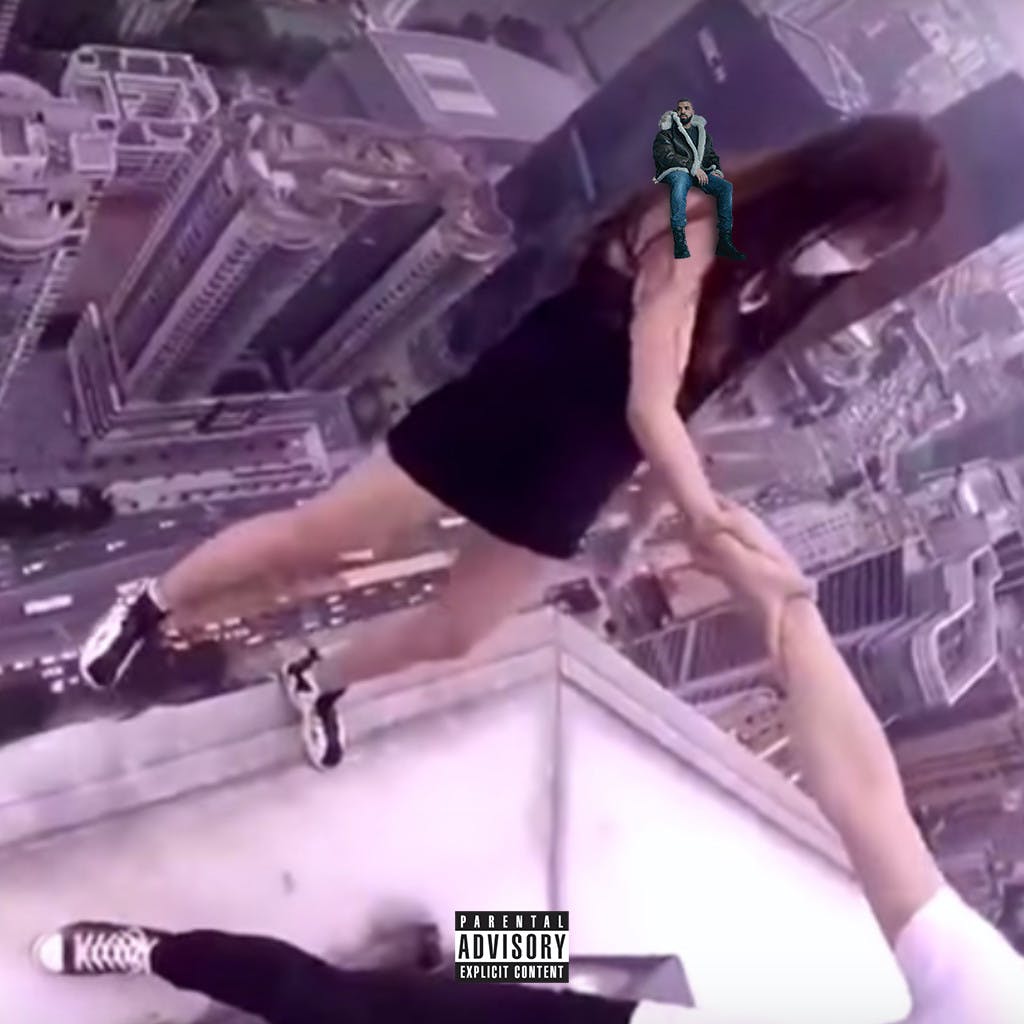