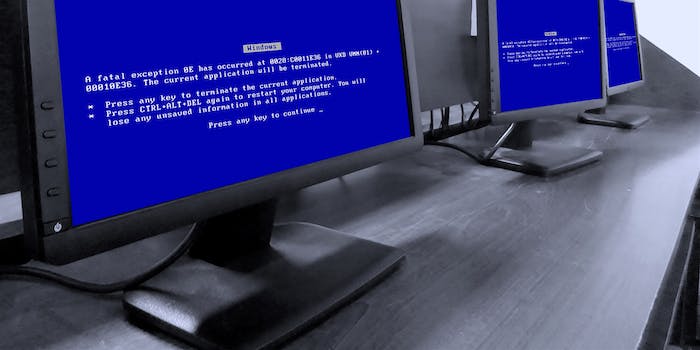 China hit with worst DDoS attack in its history

Its government called the attacks, by an unknown hacker, the "worst ever" in the country's history.

A substantial portion of China’s Internet became unavailable Sunday, hit by an attack its government called the “largest ever” in the country’s history.

China’s China Internet Network Information Center announced that day that it had been hit by an enormous denial of service attack. It didn’t offer any hint about who was behind it.

The CCINIC is responsible for registering sites in the .cn domain. It reported that the DDoS came in at least two waves, around 2:00 AM and 4:00 AM Sunday morning. Web security firm Cloudflare told the Wall Street Journal that its Chinese domain sites saw a 32 percent drop in traffic around that period.

China has been involved in of most of the world’s most recent cyber attacks, though it’s notoriously difficult to track where such attacks come from. The U.S. has accused the Chinese government of sponsoring attacks on American servers, particularly from a dedicated People’s Liberation Army building outside of Shanghai. China, for its part, has in turn accused the U.S. of attacking its networks.

However, Cloudflare Chief Executive Martin Prince told the Journal that despite the attack’s size, it didn’t appear sophisticated enough to necessarily conclude it was state-sponsored.

“It may have well have been a single individual,” he said. “[I]t is not necessarily correct to infer that the attacker in this case had a significant amount of technical sophistication or resources.”