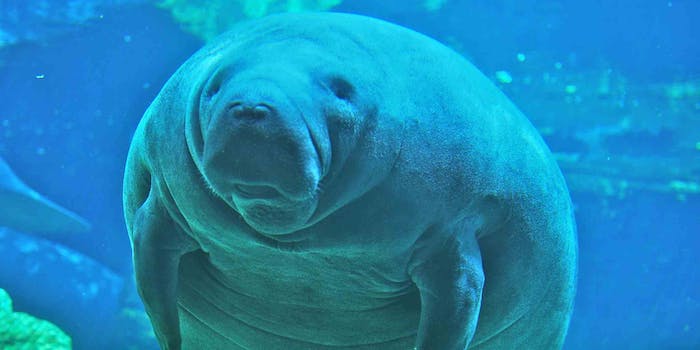 This kid learned about the birds, the bees, and the manatees a little early.

Manatees are known for their adorableness and their endangeredness, but not, generally speaking, for their social grace or tact.

Aw, he thinks they’re trying to escape from a big pile—how cute! But the manatees are actually gathering to mate, which apparently they will continue to do for hours (or even days) on end.

The super-chill swinger parties are known—most unsexily—as “mating herds,” wherein a herd of males will follow one female cow to the beach, where they copulate “indiscriminately,” according to the Save the Manatee Club’s website. This practice makes it difficult for scientists to determine who the offsprings’ baby daddies are.