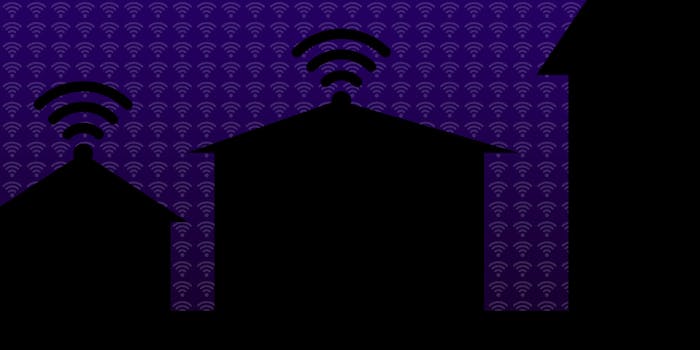 Chicago 'Hotspots at Home' program could provide Wi-Fi for those in need.

In an effort to reach out to low-income communities that lack access to high speed Internet, the Chicago Public Library is proposing a program called “Hotspots at Home” to loan out free Wi-Fi hotspots, laptops, and targeted skills training from libraries around the city.

Recently, Chicago’s city government released a “Tech Plan” outlining its goal to establish the city as “a hub of the 21st century’s knowledge economy.” A 2011 study cited by the city shows that 50 percent of Chicago’s lowest-income neighborhoods don’t have access to broadband, representing a major hurdle to utilizing the entirety of the city’s brain power. As the city’s largest provider of free public technology access, the library’s role in the plan is to boost that number in a big way.

“The Chicago Public Library’s ‘Hotspots at Home’ program strengthens the Internet by allowing thousands of families access to in-home Internet use,” Catherine Brown, the CPL’s Chief Operating Officer, recently wrote on the project’s page at the Knight News Challenge, “thereby deepening their opportunities for educational, economic, and civic engagement and, in turn, enriching online communities through these families’ inclusion.”

The project would cost about $150,000 annually, Brown says, “which covers devices, including laptops, annual service plans, and additional Cybernavigator digital coaching time at these locations for one year. These costs could go down significantly if we can get a provider to contribute devices, services, or both. We don’t yet know which provider we would use.”

The Knight News Challenge, where the Wi-Fi lending program is already a semifinalist, will be awarding $2.75 million in grants to the most compelling ideas in June.

If the CPL receives funding for the program, the Wi-Fi hotspot lending pilot program will initially launch in six locations carrying 150-200 hotspots that can support up to eight devices at once. Residents will be allowed to borrow hotspots for up to three weeks at a time.

The library will also offer “one-on-one digital literacy and skills coaching along with access to effective online tutorials” that will be provided by CyberNavigators, the already-established group of in-house tech-trainers that already help Chicagoans learn basic tasks like creating email accounts, completing job applications, or finding credible health information online.

The program is directly targeted at low-income communities with low percentages of in-home broadband access, but any library patron stands to benefit. Kids seeking homework help or parents looking for employment will find themselves newly empowered.

A successful pilot program could mean expansion throughout the city of 2.6 million people. More than 11 million customers visit the CPL each year.

“The popularity of CPL’s CyberNavigator program is strong evidence that Internet access and the development of the digital skills necessary to take fuller advantage of that access remain a critical role for the Library to play in supporting the city’s civic and economic vitality,” Brown says.