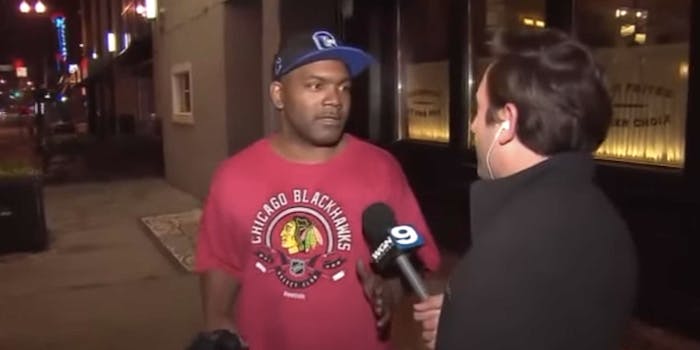 If the Internet hasn’t fully replaced traditional media, it’s only because one essential aspect of local TV news survives and thrives: man-on-the-street interviews—which, as it happens, are the best thing on the Internet.

Monday night’s most delightful clip came from Chicago, where the Blackhawks had just bested the Tampa Bay Lightning in game six of the NHL finals to win the Stanley Cup. WGN correspondent Marcus Leshock had stopped a man in a Blackhawks shirt to ask “How about that? How you feeling today?” The man’s reply is as pithy as anything a hockey fan’s ever said.

You know, that really is something.