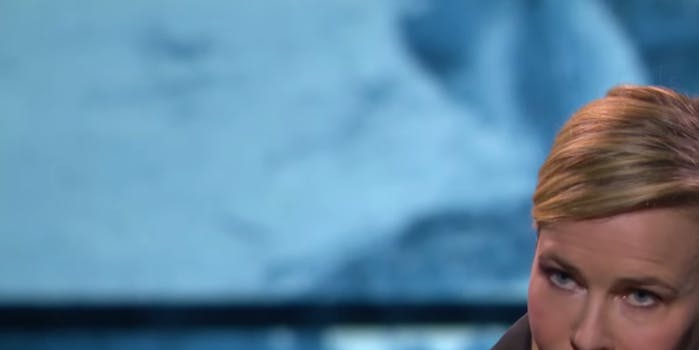 Chelsea Handler isn’t about to sugarcoat anything.

Chelsea Handler isn’t about to sugarcoat anything, especially for a guy whose show is about to end.

The comedian appeared on Piers Morgan Tonight, and she wasn’t happy about how host Piers Morgan spent the commercial break tweeting.

Handler called him a terrible interviewer for being on Twitter instead of engaging with his guests, and it quickly got ugly as Morgan accused her of not being an interesting enough person to pay attention to during the commercial.

“Well, maybe that’s why your job is coming to an end,” she replied.

The interview gets even more uncomfortable after that. For Morgan, the fact the people are talking about the interview is victory enough for him.

But his show getting canceled might be victory enough for the rest of us.