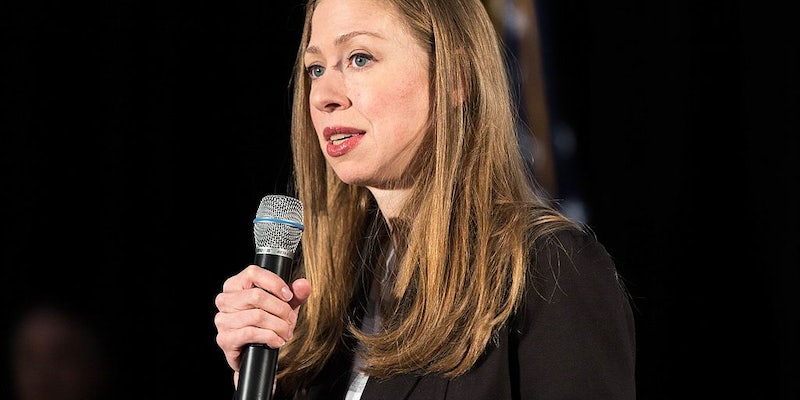 The internet is losing it over Chelsea Clinton’s spinach pancakes

She doesn't f**k around when it comes to her daughter's daily dose of iron.

If we’re going to get into the particulars of how to properly observe the illustrious national holiday that is National Pancake Day, don’t follow Chelsea Clinton’s example, apparently.

After tweeting a photo of the spinach pancakes she made Tuesday, the only child of former President Bill Clinton and former Secretary of State Hillary Clinton was promptly berated for her choice in green breakfast foods.

Spinach pancakes for #NationalPancakeDay (we won't eat them all tonight although Charlotte would if we let her)! pic.twitter.com/9zgWZ0k94W

The internet replied accordingly with Popeye references and a couple requests for Clinton’s recipe, but mostly people just went off about anyone putting spinach in pancakes.

Clinton has been much more active on Twitter lately, upping her game since her mother’s presidential loss in 2016. The funny thing is, the pancakes tweet was definitely one of her tamer, less politically motivated tweets. But it was her clap back—in which she reminded the internet of her daughter’s iron deficiency—that put unruly Twitter fingers back in their place.

Dear internet, my daughter needs +iron so we put spinach in everything we can. The pancakes may not be pretty but she eats them(&their iron)

Would she have done better or worse if she had added maple syrup? Does this disqualify all vegetable pancake varieties from both Clinton’s repertoire and our own? Carrot pancakes? Latkes? I guess we’ll have to find out next year. The web waits in anticipation.