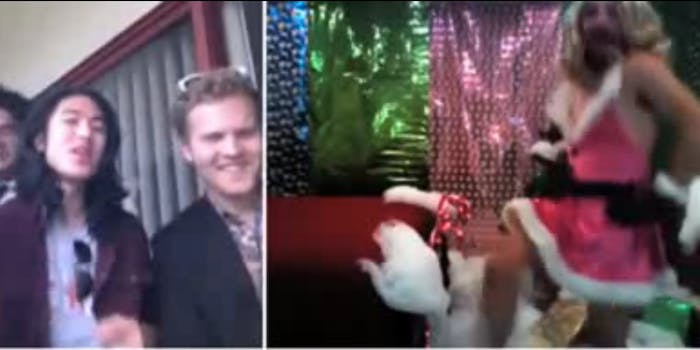 It used to be that Chatroulette was the most depressing place you could possibly spend a holiday.

It used to be that Chatroulette, the Internet merry-go-round of flaccid, faceless onanists, was the most depressing place you could possibly spend a holiday. That all changed when comedian Steve Kardynal mastered the art of the musical Chatroulette prank.

Back in November, people flipping through a queue of bored teens might’ve stumbled upon a dude in tighty-whities riding something resembling a wrecking ball and lip-synching to Miley Cyrus. Now Kardynal’s wearing a skimpy Santa suit and prancing around the tree to Mariah Carey’s “All I Want for Christmas Is You.”

All our wishes, coming true.