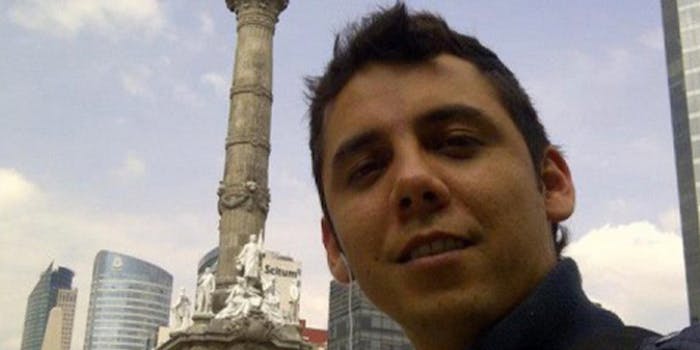 Charles Rodriguez, 31, is accused in a 2011 attack in Manchester for attacking a man who was carrying the jewels in two briefcases. Part of a South American crime group called the Latin Kings, he fled the United Kingdom after the assault.

The Salford Volume Crime Team combed through hours of closed-captioned television footage to identify the man, who has extensively traveled several countries in Europe and Latin America.

The team traced Rodriguez back to his home country of Colombia, where he had returned a month after the attack. But because the country has no extradition agreement with the U.K., authorities had to wait for a slip-up before grabbing him.

He eventually screwed up by returning to Britain in December after being stopped for using a false passport. He gave border control a false name, but his fingerprints revealed his true identity.

Rodriguez was put in custody and sentenced to five years in a Manchester Crown Court after pleading guilty for the robbery. In a statement released by the police, Det. Sgt. Roger Smethurst called the criminal’s arrogance “astonishing” for his Facebook postings.

“However, his lack of remorse was evident by the fact he brazenly posted sightseeing pictures from Brazil—at a time when he was on the run—on his Facebook page,” said Det. Sgt. Smethurst.

“Rodriguez must have thought he was above the law and untouchable, because even when he finally returned to the U.K., knowing he was still wanted, he still posted pictures of himself Christmas shopping in London on his Facebook page.”