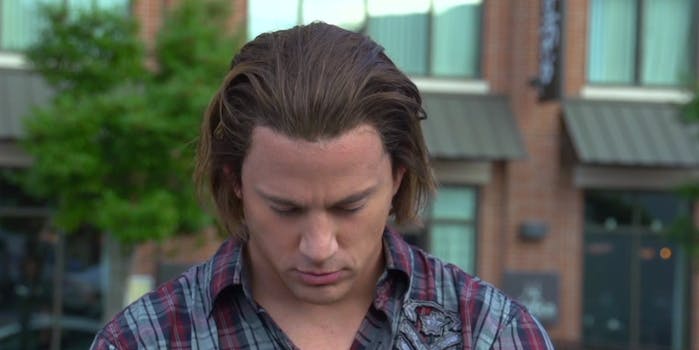 Channing Tatum’s ‘Epic Split’ spoof has a much better ending

Surviving high school is no easy task. Neither is doing the splits between two moving semi-trucks.

Surviving high school is no easy task. Neither is doing the splits between two moving semi-trucks, a la Jean-Claude Van Damme.

Last week, Van Damme teamed up with Volvo and introduced a new generation to his signature move. It’s enough to make you wince in pain, and it’s so difficult that it took the Internet a week to cough up a copycat video. (No, this Rob Ford parody doesn’t count.) But it wasn’t any mere mortal who pulled it off—it was Channing Tatum, former Sexiest Man Alive and the actor who’s reprising Van Damme’s role in the 21 Jump Street franchise.

On the set of 22 Jump Street, unable to obtain two pickup trucks, Tatum, a former dancer, worked with what he could: a couple of food carts and crew members. And to make it better, he portrayed Jenko, his character from the Jump Street films, in his inner monologue.

Needless to say, the results aren’t quite the same.