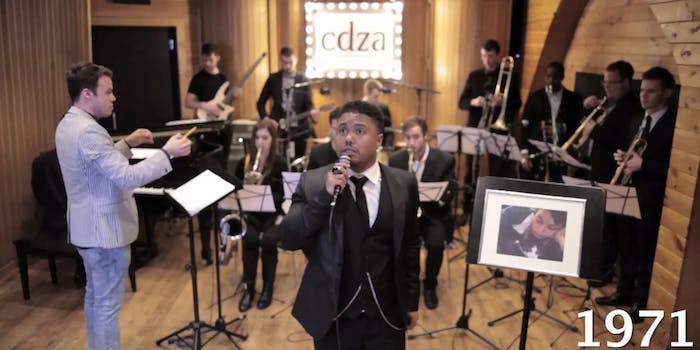 A musical history of heartbroken dudes

Collective Cadenza covers all the classic songs about fellows being crushed by love.

We’ve all been wooing each other for years, but what happens when that romance reaches its inevitable grisly conclusion? Love hurts, but at least you can sing about it.

CDZA, the New York-based experimental music group, has been making medleys for some time now, and when it comes to heartbreak, it’s no different. In honor of Valentine’s Day, they’ve put together some of the biggest sorrowful songs of the past 54 years into one smooth hit that also serves as a crash course into the uglier side of love.

At first, the fellows are absolutely distraught. They don’t know what to do about it or even what to do without them. But once you get to around 1992, things tend to take a turn—and it’s not just because they included Nickelback in the mix.

Did the male songwriters have an epiphany about love or did they just decide to stop moping around after the fact? Either way, they’re not gonna take it anymore.