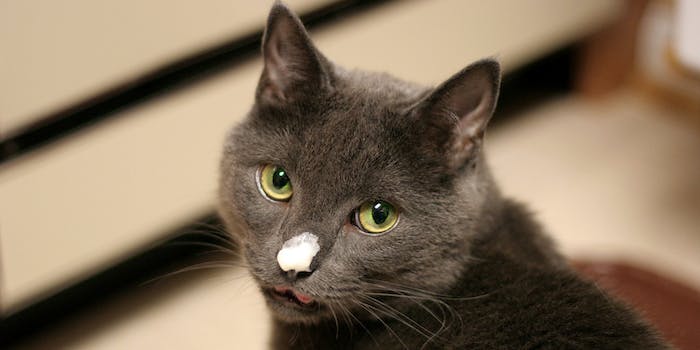 Watch 3 cats inhale this can of Reddi-wip

Times used to be so much simpler. People used to stop and talk to their neighbors, you could fill up your tank for a $1.25, and cats used to delight in the simple pleasures of lapping up warm milk.

But how did these kitties get so hooked on that fresh-from-the-can goodness that is Reddi-wip? The YouTuber who uploaded the video said she made the tragic mistake of giving the cats whipped cream once and “this is what happens every time we use it now.” Take note, fellow feline owners.