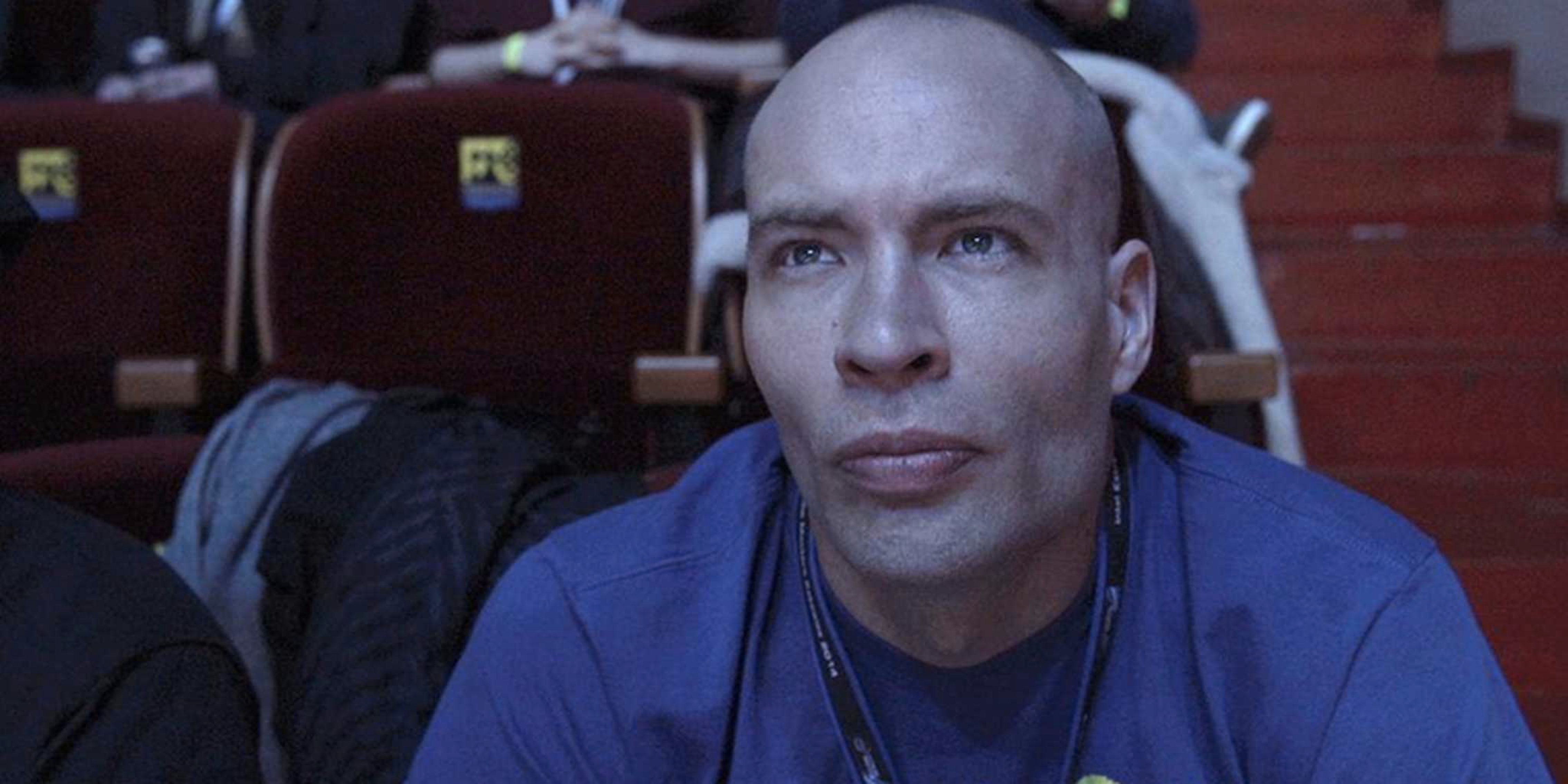 We caught up with FPS Doug, gaming culture’s original meme

Many moons ago, a comedy troupe called Pure Pwnage debuted a character named FPS Doug. (FPS, for any noobs reading, here refers to “first-person shooter” video games.) Doug was a Counter-Strike addict. He didn’t have a job; he thought carrying a knife made you run faster; and screamed “BOOM HEADSHOT” every time he made a kill.

FPS Doug is probably the most viral meme in video game history. The term “BOOM HEADSHOT” still gets used on the regular, and the character’s screamy, hyperactive, Mountain Dew-swilling persona has been replicated in dozens of montages both parodic and genuine.

We caught up with Joel Gardiner, the man who played FPS Doug, and asked him about the sketch’s enduring relevance in the gaming scene, as well as his relationship to video games today and the upcoming, fully crowdfunded PurePwnage movie.

Daily Dot: What do you remember about coming up with the FPS Doug character? How did that sketch get written?

Gardiner: We had been into making short films for a couple years when Jarett and Geoff came up with the idea to do a sketch based on the gaming culture at the time. After the first episode had received some fanfare they wanted to add more characters, and with FPS being one of the biggest genres, it made it easy to decide what game that character would be mostly obsessed with.

Who was your inspiration for the character?

The actual genre itself provided me with most if not all of Doug’s character traits. He’s twitchy, fast-paced, and in your face. I just asked myself “What would a FPS game personified look like?” and out came Doug.

I had no idea [what] had happened till I showed up at the job I was working and some of my coworkers flipped out, saying they saw me on the site and that the video was already over a million views.

FPS Doug was one of the first things to really go viral in the early days of webseries. Did you ever expect that? What was it like? Were you ever recognized in the street or anything crazy like that?

It was two or three days after we had posted episode five when someone took the FPS Doug clip and put it up on break.com—which at the time was where you went to find the most popular videos on the net (YouTube wasn’t even a thing back then). I had no idea it had happened till I showed up at the job I was working and some of my coworkers flipped out, saying they saw me on the site and that the video was already over a million views. It’s hard to explain when something like that goes viral and everyone is talking about it but you are still stuck working a 9-5 job. It’s very surreal.

I think there is a bit of Doug in most gamers.

The last time I went back and watched some Pure Pwnage was right before we started filming the movie. It had been almost 4 years since the TV series, so I wanted to refresh my memory on just how crazy and out-there Doug was. It’s always fun to go back and watch those old episodes. Brings back a ton of good memories not just of filming but of the whole community that was built around the series.

I think FPS Doug is a precursor to a lot of the montage parodies we see today. You still see kids drop BOOM HEADSHOT into their League of Legends montages and stuff like that. Do you think it’s accurate to say that the FPS Doug character kinda started that trend?

It terms of Boom Headshot I thinks it’s hard to argue that Doug didn’t make that popular. If you talk to the guys at Riot Games, they will fully admit that Caitlyn’s vocabulary was a tribute to Pure Pwnage and FPS Doug. The most recent example I can think of is when Feed Me sampled FPS Doug right from episode five of the webseries in his song “One Click Headshot”—which I’ve seen used in a bunch of montage videos. However, I definitely think gaming montage videos would have existed with or without Doug’s influence.

Are you surprised that the phrase “BOOM HEADSHOT” is still so iconic all these years later?

Yeah, it is kind of weird that it’s still so widely used. Like you said before, most of the vocabulary in gaming has changed since Pure Pwnage first became a hit.

I follow you on Twitter, and it’s cool to see you’re still a gamer. You’ve been tweeting about Hearthstone a bit, which is one of my favorite games of the last year or so. What have you been playing lately?

It’s nuts when you go to an actual pro gaming event now and see just how huge the industry has grown in the past 10 years.

Hearthstone is the prime example of free-to-play done right, and the fact that it’s a super-polished CCG [custom combat game] done by Blizzard makes it hard to resist. The other game I put most of my time into these days is Rocket League. It is without a doubt the most fun I’ve had gaming in probably the last decade. It’s one of those super-easy-to-learn-but-hard-to-master games. Probably the most addicted I’ve been to playing an online game since Counter-Strike 1.6.

It’s funny to think that FPS Doug came along before the idea of being a “pro gamer” was a thing. Do you follow any esports at all?

Hearthstone is the only esport I follow at the moment, as it’s the only game that I also play. Rocket League is trying to get into the scene, but I think it’s still a little too early to start following, as there haven’t been any established “pros” yet.

PurePwnage was great because it captured gaming when it was something a very specific community of people were into. I think that’s changed a bit in recent years—I mean, gaming is probably the most mainstream it’s ever been. Do you miss anything about gaming back in 2005?

LAN parties! But that might just be the fact that me and my friends all got older and no longer have the time to sit around all weekend at a buddy’s and do nothing but game, and not a result of the actual industry changing. However, I don’t really hear too much about them anymore.

Tell us about the status of the movie. It’s been a long time coming—are you excited to finally get it out?

I’m not one to speak on the exact plans for the movie release, as that is [co-creators] Jarett [Cale] and Geoff [Lapaire]’s job, but I have seen clips, and I know it’s going to be released within the next couple of months, and I’m incredibly excited and anxious to see what the fans think. It was so much fun reprising those characters and getting back into that universe and the pro gaming scene. It’s nuts when you go to an actual pro gaming event now and see just how huge the industry has grown in the past 10 years.

Is it cool to know that more than a decade later, you still have the fan support to pursue something like making a movie?

The fact that the movie exceeded its funding goal within 48 hours was beyond amazing to see. To know that there were that many people out there that were still as passionate about this project as we were was an emotional moment for all of us. I remember watching the number go up and up every time I refreshed the page, and I couldn’t believe that it was actually happening. To know that we were going back to make something so many people still wanted to see was an incredible feeling.