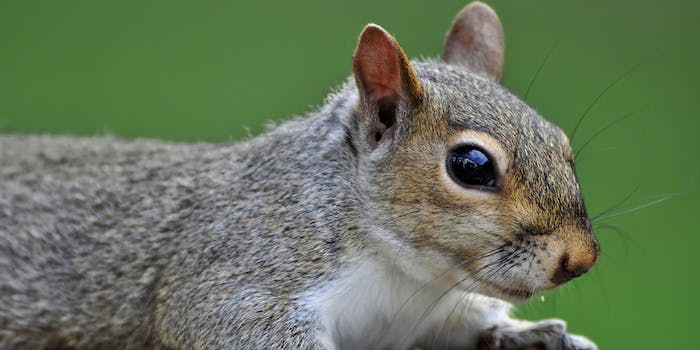 Can cats and squirrels be friends?

We’re raised with the Tom and Jerry view of the food chain, which means cats mercilessly hunt rodents. But who says felines and squirrels have to be mortal enemies?

One brave squirrel has proven that he’s willing to extend an olive branch across the aisle to the animal directly above itself in Mother Nature’s pecking order—as long as there’s a convenient pane of glass between them. Taking a break from his morning meal, the fluffy-tailed rodent in this video, shot by YouTube user Joanie J, welcomes a few playful taps from his kitty friend after dive-bombing down to the window ledge.

The start of a long-lasting friendship, or a bit of interspecies trolling? You be the judge.

Photo via likeaduck/Flickr (CC BY SA 2.0)