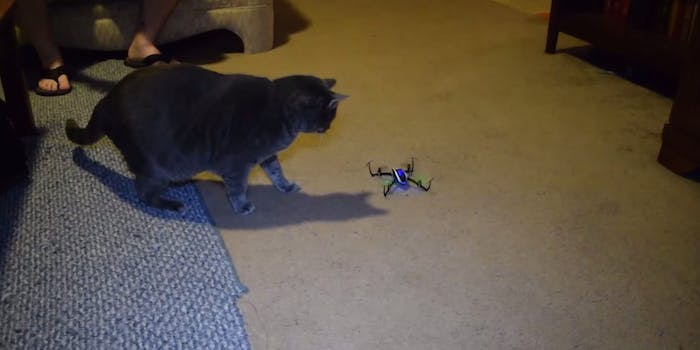 Man introduces his terrified cat to his quadcopter drone

An epic showdown between cat and drone.

Toy quadcopter drones are harmless, but since they are tiny buzzing machines with flashing lights, they’re totally a cat‘s worst enemy.

One cat owner decided to torment his pet by flying a quadcopter nearby, alternately terrifying the cat and causing an adorable cat-vs.-drone showdown. Can the kitty bat its evil robot nemesis out of the air? Kind of—but not before hiding under the table for most of the encounter.

The Michael Bay-style explosion effect is what really brings this video together.