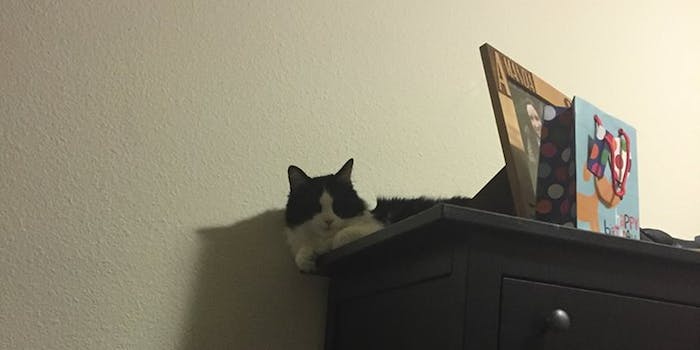 This cat’s ambitious leap is an inspiration to us all

Rosco may as well have jumped to the moon.

It’s Thursday, but the weekend feels impossibly far off. Still, that sense of eternity is nothing compared to the yawning chasm between two desks over which a 7-month-old cat named Rosco attempted to jump.

Unlike some cats, which charge headlong into the breach, Rosco takes his sweet time preparing for a flying leap. That caution pays off enormously—in heartless laughter from you, the viewer.

It’s only fitting that a cat’s reach exceed his grasp—these creatures are smug enough as it is.