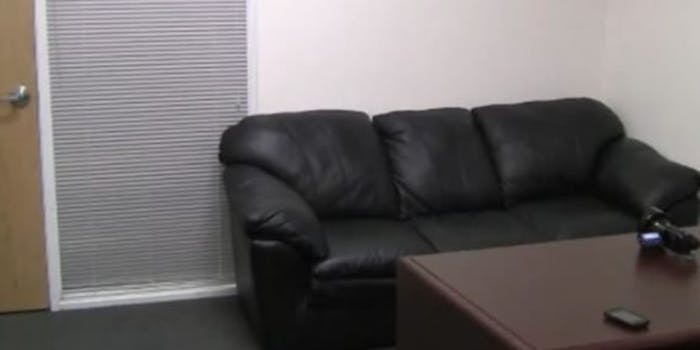 Either these guys don't care, or they haven't thought their answers through.

Do you recognize this couch?

Actually, it sort of just proves that men are way worse at lying, which everyone already knew. Good work on those poker faces, ladies.