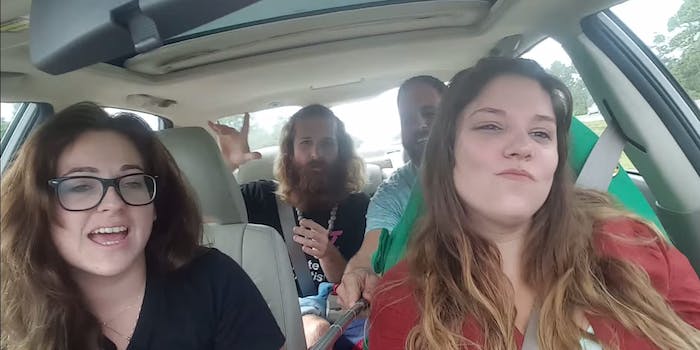 Tire blowout throws a wrench in these girls’ car singalong

There’s a moment that comes somewhere near the beginning of most disaster movies: the calm before the storm. It usually consists of a few normal people minding their own business, when suddenly they’re interrupted by a tidal wave or Godzilla smashing a foot through the wall.

This video is one such moment.

Four friends were chilling out in their car, filming a singalong video with a selfie stick. But the fun didn’t last for long, because a surprise tire blowout made the journey dissolve into chaos.

Luckily, everyone seemed to be fine by the end of the video—and they were certainly happy enough to post the clip to YouTube.