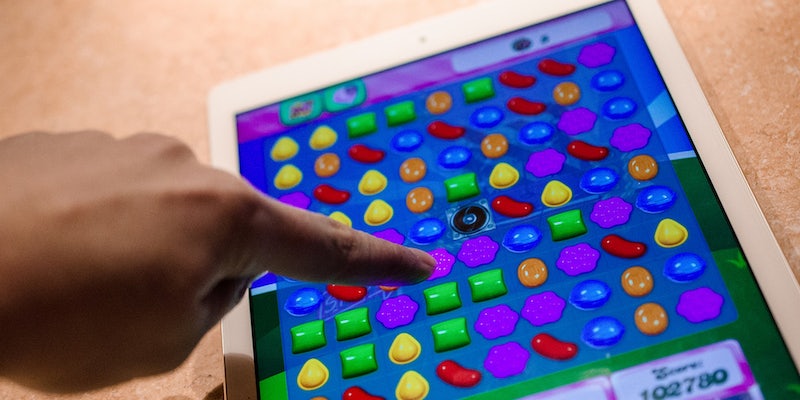 Man literally ruptures tendon by playing too much Candy Crush

If the fear of addiction wasn’t enough to keep you from playing Candy Crush, take heed: A Californian man tore a tendon in his hand after getting hooked on the popular smartphone game.

A 29-year-old sailor who understandably wished to remain anonymous was reportedly on the app all day for a six-to-eight-week period. The excessive hours of tapping and swiping eventually lead to a ruptured tendon in his left thumb. That’s gonna hurt his average score.

Even scarier: the man hardly felt the pain of his injury, because video games can act like a sort of “digital drug,” according to ABC News. The stimulation is almost a natural painkiller that releases hormones into the brain. Nope, nothing terrifying about that.

Our joints and technology have a troubled relationship. While “Candy Crush Thumb” might be a newly-coined term, it’s all too reminiscent of the mid 2000s epidemic “BlackBerry thumb.” In the early 1980s, the craze for arcade games gave us the pandemic of “Space Invaders Wrist.”

And this isn’t the only case of a Candy Crush ailment, either. UT San Diego reported that a young adult visited an orthopedic surgeon’s practice with a hand injury thanks to the match-three puzzle.

So next time you’re on the train, think twice about pulling out your phone—and maybe try some old-fashioned, paper-and-pencil Sudoku instead.