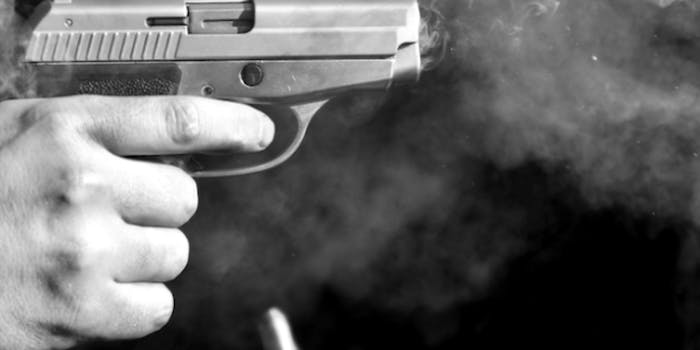 It’s really easy to buy a gun on Facebook

Looking to pick up a 9mm? You've likely already got the right tab open.

When he was arrested last October on the campus of Greenup County High School in Kentucky, the boy had his unlicensed 9mm handgun loaded. After the boy was brought to Greenup County Sheriff Keith Cooper’s office for questioning, Cooper asked him where he got the gun.

Indeed, as an ensuing criminal investigation would reveal, the kid met the seller through Portsmouth Pickers, a Facebook group where area residents swap information about the best local fishing spots, share cooking recipes, and, yes, trade firearms, as VentureBeat discovered. Portsmouth Pickers isn’t alone: It’s part and parcel of a lively market facilitating the buying and selling of guns that has steadily taken root in the form of countless Facebook pages.

The pages go by names like Firearms Only Alamogordo, Guns, Ammo & Blades, Guns for Sale, and I Love Guns. They boast “hundreds of thousands of ‘likes’ and members,” VentureBeat adds, and reportedly make it so that buying, say, a pistol is about as hassle free as creating your very own legal high:

“While many of the sales are no doubt legitimate—federal law governing gun transactions between individuals are fairly lax—hooking up with illicit buyers and sellers via these pages is easy. For instance, you can buy automatic weapons without a permit, guns with their serial numbers filed off, and weapons that may be prohibited by your state’s laws. If you’re under 18, you can buy a handgun, which federal law prohibits.”

In fact, it took a VentureBeat reporter all but 15 minutes to arrange to buy a semiautomatic 7mm and 90 rounds of ammo from “Dave,” a willing seller found on the aforementioned Fireams Only Alamogordo Facebook page. Of course, it’s not just Facebook—Twitter and Instagram are both known to be the preserves of all sorts of illegal sales, including weapons.

“We are certainly aware social media is being used to sell firearms,” Bureau of Alcohol, Tobacco, Firearms and Explosives Special Agent Helen Dunkel told VentureBeat, “and in instances we receive information, whether through confidential informants or other means, we definitely take that seriously and investigate.”