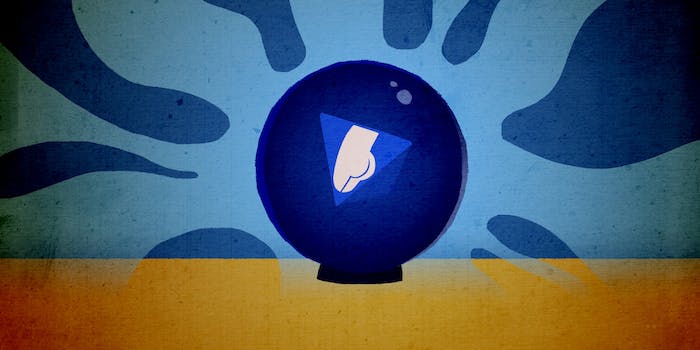 The artist behind the USB butt plug is back with even more offerings.

His GlowFYourself Etsy store is a treasure trove of innovative butt plugs that delight the senses and offer something more than the typical dildo/vibrator/butt plug holy trinity.

“We’ve recently put together some brand new stuff such as the Booty Pop, which is a reusable Popsicle mold/butt plug and the Booty Binky,” Lindsay tells the Daily Dot. “Ironically, a GPS one is in the works now. We plan on releasing it next week, and the write-up alone makes me super happy.”

Not all butt plug ideas make it from concept to product. Lindsay’s got a Swiss army knife butt plug prototype sitting in design purgatory until he can acquire the right tools to make the sex toy not only usable but safe.

A conscientious artist, Lindsay takes commissions and has designed and donated funds to a wide variety of charities around the Portland area, including no-kill animal shelters.

“The only issue we have run into is that a lot of people are skittish about using sex toys to raise awareness for such things. ‘Buy a butt plug to cure cancer’ has an odd ring to it among the day walkers,” Lindsay says with a laugh.

Custom designs have run the gamut from slogans and cartoons to the more curious of orders. “The guy who asked for a photo of his dead mother’s face in a large plug is probably the strangest so far,” Lindsay says.

GlowFYourself is just one of many artistic endeavors for Lindsay, a freelance artist who works in costuming, design, and illustration. His more surrealist, post-apocalyptic works are available for viewing on his personal website, while an additional Etsy shop has been set up to showcase his illustrations for purchase.

“I get a lot of requests for them for adult-themed ‘Space Parties’ and still have a huge box of light-up dong swords at the house, but haven’t been pushing them much as of late,” Lindsay says. “But do keep in mind, it’s dangerous to go alone, and I’m always down to weaponize and light up some sex toys!”