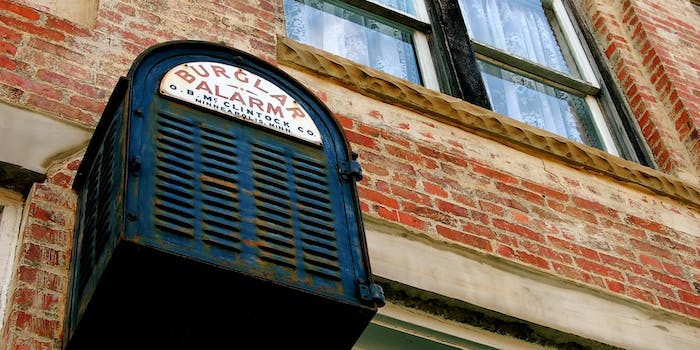 That's one way to make an entrance.

One dude looking for a five-finger discount wound up with a total blowout—straight through the roof.

Police in Springfield, Illinois, are looking for a man who fell through a store’s ceiling in what’s believed to be an attempted burglary. The man, described as being in his late 30s, ended up just climbing back out through the hole he came plummeting down from, probably in panic over what had just happened. Surveillance cameras caught it all on film.

The store owner didn’t report anything missing—except, you know, that chunk of ceiling.