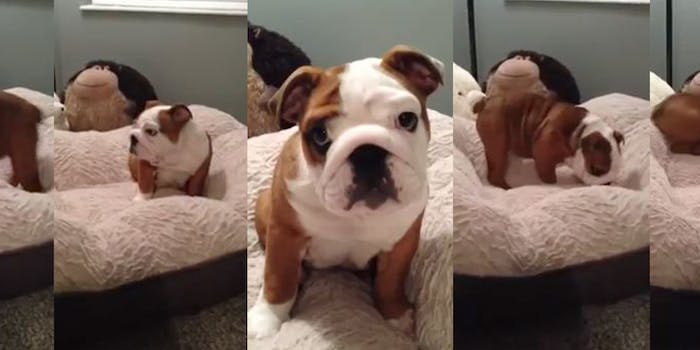 Watch this bulldog puppy literally flip out over his new bed

This is what holiday gifts are all about.

If you’ve been sleeping in a cramped twin bed for years, the first thing you want to do in a hotel room is somersault all over that cushy, palatial, king-size bed like it’s a freakin’ trampoline.

This English bulldog puppy gets it. He totally gets it. Watch his reaction to his new bed, how he flips over himself trying to soak in all the comfiness. He even goes back to his old bed for a second, says nope, and hops right back into that fluff cloud.