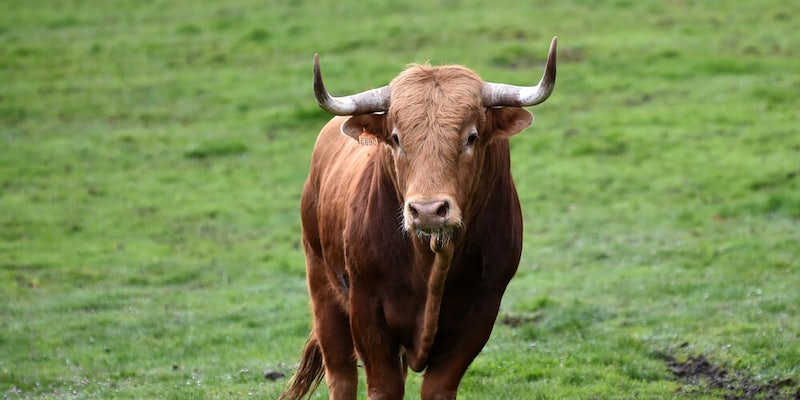 Firefighters had to dodge 'projectiles'.

In news no one ever expected to read about, a bull semen factory in Australia caught fire on Tuesday and exploded. A bull semen factory, for those wondering, is actually more of a semen storage facility that also performs artificial insemination of cows—in this case, at least, the actual semen collection process happens elsewhere. The explosions were caused by the cryogenically frozen cylinders of bull semen pressurizing due to the heat, forcing the lids off and the contents out at high speed. The fire took ten hours to extinguish, with the firefighters in “defensive mode” to protect themselves from the bull semen projectiles.

Naturally, everyone lost their mind upon hearing the news. The jokes pretty much wrote themselves.

Dispatch: Uh yeah, we got an explosion at the bull factory
Firefighter: Bullshit
Dispatch: No, Semen

Damn who would have thought that sky net would go after the bull semen first. https://t.co/0Gq78y4yg4

Explosion! at the Bull Semen Factory

There were almost too many choices for headline writers.

You may have seen this story on Twitter multiple times today. I am pretty sure you have not seen a better headline for it, though. https://t.co/FODlaflRMj via @AV_Newswire

A list of headlines we really didn't want to use regarding the explosion at the semen factory https://t.co/CdZ6zOQdaA pic.twitter.com/Ub46ok1bk0

In any other era "Explosion at Bull Semen Factory" would be the strangest headline, in 2019 it isn't even the weirdest of the week. https://t.co/2G1VB9tLuW

More than one person saw a Chernobyl remake in this.

Of course, there were puns.

when did the story break? this may be a…. premature evaluation

Yesterday I commented on the explosion of bull semen at an artificial insemination factory in Australia by saying "Guess they didn't see that coming!". As luck would have it, only 127 other people from around the world had the exact same response. Amazing coincidence.

Twitter user @jamesgraham drew attention to the amazing coincidence that was the Vagina Museum opening on the very same day.

Can you positively deny that the opening of the @vagina_museum happening on the same day as that bull semen factory explosion happening is a complete coincidence? pic.twitter.com/zqhxuGz8aq

And finally, @Iheartnoise may have the best take on the entire matter: “The entire 2019 feels like massive semen explosion at the bull factory.”

If you'll ask me…