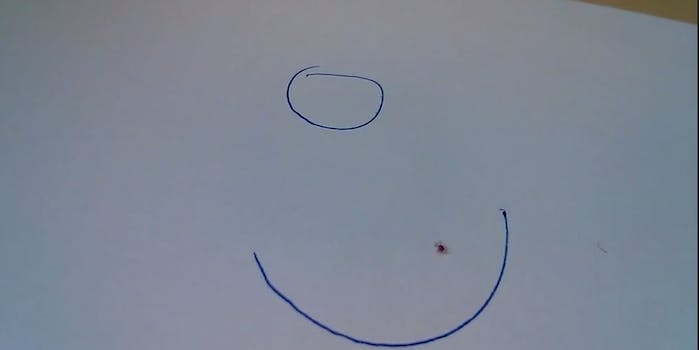 It's a hard knock bug's life.

Do you have a bug problem at home? If you can’t solve it with traps, sprays, or shoes, maybe you should try something a little unorthodox: a pen.

YouTube user thesam101 uploaded a video showing a tiny bug (which one commenter identified as a clover mite) skittering around on a blank piece of paper. Each time a line was drawn on the paper with a pen, the bug would scamper away from it. In some instances, it appeared to actually bounce back from the line, as if it was an actual impenetrable barrier.

The reason behind the mite’s frantic escape attempts is due to chemicals released by the ink in the pen. When they approach the freshly-drawn line, their instincts tell them to retreat.

Maybe I will now go and draw a circle around a piece of food on the floor in my kitchen, irritating all nearby bug life (and my landlord).