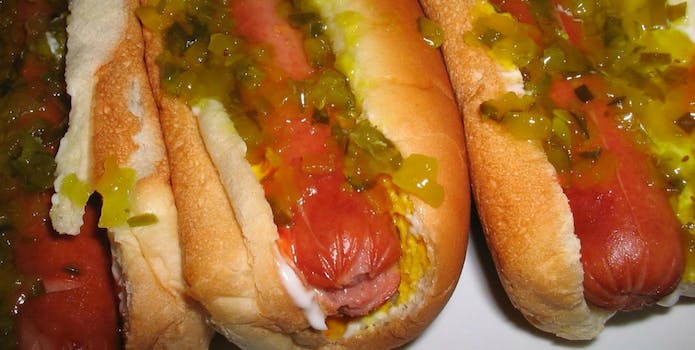 No matter where you stand on the “is a hot dog a sandwich” question, it’s fascinating to watch people debate the issue at length. Even an NFL locker room is not immune from this kind of contemplation, as a WGRZ sports journalist discovered while reporting on the Buffalo Bills.

The Great Hot Dog Debate is raging in the Bills locker room. What a blessed day. (cc: @PFTCommenter) pic.twitter.com/7RIKucJQ5H

These are all good points. But WGRZ wasn’t the only local TV station covering this story. WKBW reporter Joe Buscaglia asked five Bills players about the broiling hot dog debate. Here were the best two answers.

Jordan Gay, is a hot dog a sandwich? #Bills pic.twitter.com/LThS7KW7gQ

And lastly, Bacarri Rambo, is a hot dog a sandwich? #Bills pic.twitter.com/vgbtXgnyeS

In other news, the Bills play the Miami Dolphins on Sunday. We don’t know how Buffalo’s preparations are proceeding, but the fact is, we’ve all learned something even more important from this debate: A hot dog is a sandwich, unless you think it isn’t.