Brothers Michael and Neil Fletcher were tramping through the snowy woods of Ontario this week when they happened upon an unusual sight: a bald eagle with one of its talons caught in a claw trap.

“It was attached to a stake and the eagle was trying to fly up, but it only had a foot of slack in the chain,” Michael told the Sudbury Star. Putting a hoodie over the bird’s head to keep it calm while they pressed the trap’s release lever, they managed to free the majestic creature.

“It didn’t really fuss or give any sign of aggression,” Michael said. “I don’t know if it knew we were helping him, or what.” The eagle was evidently so chill about the rescue that it stuck around for a selfie afterward. 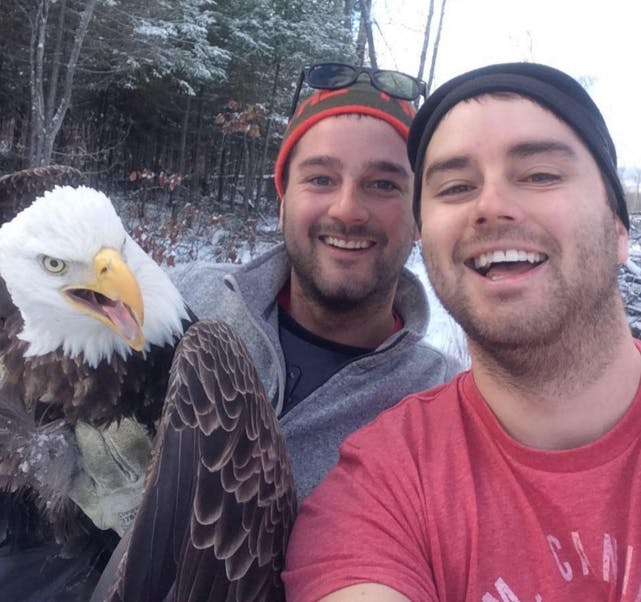 The photo got such a response that the pair also posted short videos of the rescue and release, with the eagle ultimately flying off into the forest.

We always think of bald eagles as American, but they’ve got friends in Canada, too.